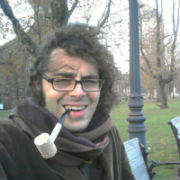 Starting last month thousands of Tunisian citizens joined protests on the streets against the harsh economic conditions, political repression and increasing levels of censorship by their government.

The protests reached their height a week ago, and in the process several Pirate Party members and other activists were arrested. Last Friday former president Zine El Abidine Ben Ali eventually caved in, signed his resignation and quickly fled the country.

Tunisia soon went on to form a transitional government to be led by Prime Minister Mohammed Ghannouchi. Today, several significant changes were announced, including the release of all political prisoners, political freedom and the abolishment of the Government’s information ministry.

Ghannouchi also named the members of his transitional government, which includes Slim Amamou, one of the Pirate Pary members arrested only a few days ago. Amamou is a well-known blogger and activist in Tunisia and played an important role in the ‘online’ revolt against the former government.

Amamou has been appointed as State Secretary for Sports and Youth, and his appointment is most likely the result of his good reputation in the online community, which played an important role in the revolution that unfolded in Tunisia.

On Twitter Amamou, who runs a team of software developers at his company Alixsys, describes himself as “against censorship, against the intellectual property rights, for net neutrality,” all topics that are dear to Pirate Parties worldwide.

TorrentFreak has been briefly in touch with Amamou, who is understandably very excited about this appointment, and we will conduct an exclusive feature interview with him in the days to come. Meanwhile, we congratulate all the Tunisians who stood up for their rights, both on- and offline, and hope that their strength leads to a better future.

Update: There is some confusion about the State Secretary / Minister title in Tunisia. Formerly Tunisia had no State Secretary of Youth and Sports, only a minister. However, there are reports that Amamou is a junior/deputy minister rather than a full minister. As the dust settles this will hopefully be cleared up. For now we chose the safe option and opted for State Secretary. Excuse the confusion.