Disney and other rightsholders are not happy with today’s search engines after repeatedly asking Google and Co. to promote legal content and remove pirate sites from search results.

While Google implemented several changes to satisfy these requests, Disney has also taken matters into its own hands.

A new patent awarded to Disney Enterprises this week describes a search engine through which pirated content is hard to find.

Titled “Online content ranking system based on authenticity metric values for web elements,” one of the patent’s main goals is to prevent pirated movies and other illicit content from ranking well in the search results.

According to Disney their patent makes it possible to “enable the filtering of undesirable search results, such as results referencing piracy websites.”

Disney believes that current search engines are using the wrong approach as they rely on a website’s “popularity.” This allows site owners to game the system in order to rank higher.

“For example, a manipulated page for unauthorized sales of drugs, movies, etc. might be able to obtain a high popularity rating, but what the typical user will want to see is a more authentic page,” they explain.

While this is a rather simplified description of the complex algorithms most search engines use, Disney believes it can do a better job.

In their patent they describe a system that re-ranks search results based on an “authenticity index”. This works twofold, by promoting sites that are more “authoritative” and filtering out undesirable content. 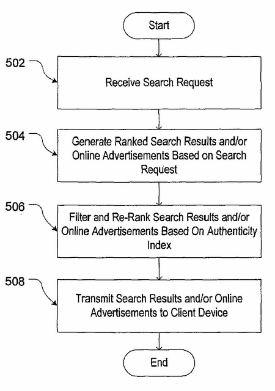 “In particular, embodiments enable more authoritative search results … to be ranked higher and be more visible to a user. Embodiments furthermore enable the filtering of undesirable search results, such as results referencing piracy websites, child pornography websites, and/or the like,” Disney writes.

While Disney’s idea of a search engine may sound appealing to some, deciding what counts as “authoritative” is still rather subjective. Google, for example, uses PageRank which is in part based on the number of quality links to websites.

Disney, however, suggests giving “official” sites priority when certain terms relate to a property of a company. These “authority” weights can include trademarks, copyrighted material, and domain name information.

This doesn’t only affect pirated content, Disney explains, it also means that a Wikipedia entry or IMDb listing for “Snow White and the Seven Dwarfs” will rank lower than the official Disney page of the film.

In other words, official sites should be the top result for “brand” related searches, even if people are looking for background info or more balanced (re)views. For pirate sites there’s no place at all in the top results, even though Disney’s definition of a pirate site may also be rather subjective.

It’s unclear whether Disney has any plans to implement the patent in the wild. The company currently has a search engine but this only includes links to its own properties. 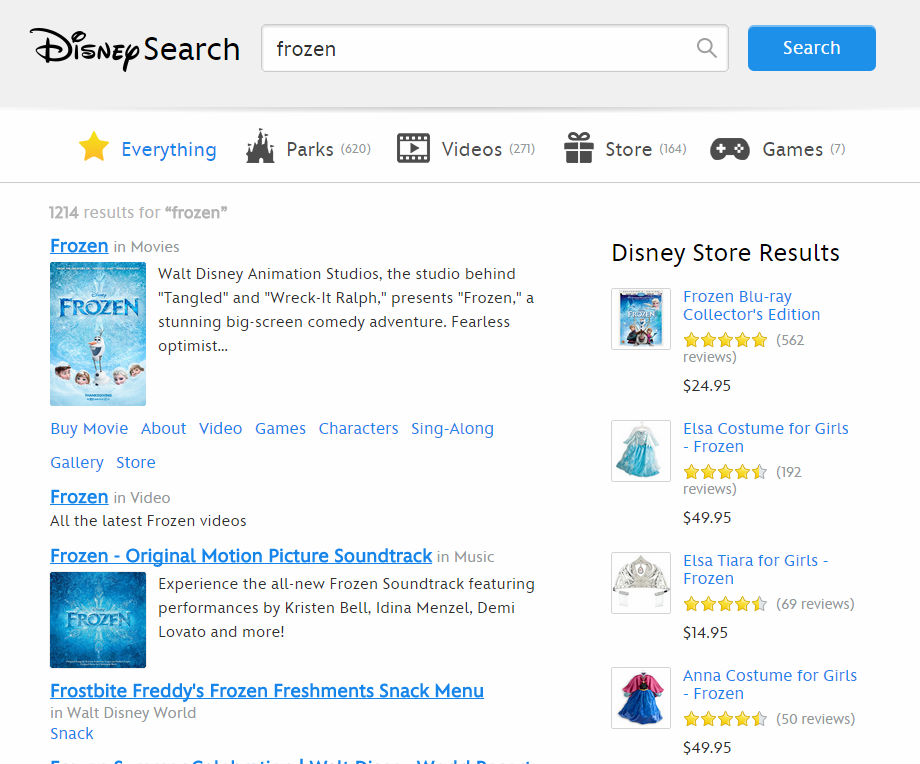