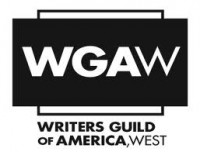 Interested parties were invited to comment on the plans and many have done so. Thus far most responses have been rather predictable. The MPAA and RIAA, for example, vowed to keep high fines for pirates, and civil rights groups and copyright experts argued against it.

A few days ago the second round of comments was made public and many of the same arguments were repeated. However, there also was a submission from the Writers Guild of America, West (WGAW), that is quite atypical to say the least.

The labor union represents thousands of screen writers in Hollywood and Southern California, many of whom work for the major movie and TV studios. In common with other people in the copyright industry, the writers are concerned by piracy, but they also warn that copyright shouldn’t trump the open Internet and free speech.

“While many of the most pirated works are created by WGAW members, we believe that copyright must be balanced with the preservation of an open, competitive Internet and protection of consumers’ rights to access the lawful content, services and applications of their choice,” WGAW writes.

“Achieving this balance requires the creation of guiding principles for the development of piracy detection and prevention tools in laws and industry agreements that do not infringe on free speech and the right to privacy,” the writers add.

Instead of calling to increase copyright enforcement, they suggest that current initiatives and legislation should be toned down.

For example, unlike the MPAA and RIAA the writers are against high statutory damages for copyright infringement. According to WGAW these high damages are unreasonable and unnecessary, citing the recent case against BitTorrent site isoHunt as an example.

“High statutory penalties are not only often unreasonable but unpayable. Recently, in its case against the torrent site isoHunt, the MPAA requested nearly $600 million in statutory damages despite admitting that $5 million at most would be enough to bankrupt the defendants. Whether a statutory penalty bankrupts infringers once or a hundred times over probably has little additional deterrent effect.”

The writers don’t agree with the Hollywood studios, who argue that high damages are needed as a deterrent. Instead, they warn that the current legislation stifles innovation as people may be hesitant to start innovating businesses, fearing that copyright holders may come after them.

“Rather, the threat of such large damages and the cost of litigation may deter further investment in web sites that serve as venues for independent production and allow users to upload content without gatekeeper permission for fear of liability.”

The same “chilling effect” applies to a proposal which would make streaming of copyrighted videos a felony. This could introduce jail sentences for people who watch or stream copyrighted material on YouTube, and prevent people from showing off their talent online.

“A broad interpretation of such a law could chill innovation through the use of copyrighted works in remixes, cover versions of songs and fair use. For example, artists like Justin Bieber have used YouTube videos of themselves singing covers as a way to gain exposure,” WGAW writes.

“Allowing felony charges for such activities could have a chilling effect on artists who use such independent forums and may harm sites that allow streaming of user-generated content by driving away contributors,” the writers add.

With regard to the DMCA the labor union suggests that the Government could setup a common template for takedown notices, making them easier for smaller copyright holders to issue and for websites to process. At the same time, DMCA abuse and mistakes should be prevented where possible.

Finally, the writers warn against the voluntary anti-piracy agreements that have emerged recently, including the six-strikes Copyright Alert System. WGAW fears that these initiatives are not always in the best interests of consumers.

“While these agreements have yet to prove their effectiveness in limiting copyright infringement, they have raised concerns regarding their lack of consumer protections,” they write.

One of the examples the writers give is that the notices can only be appealed after several warnings, and that the burden of proof lies on the alleged copyright infringers. In addition, the Copyright Alert System may hurt the availability of open Wi-Fi networks, as people can be held liable for the actions of others.

“Private agreements must not become a way of circumventing due process when an essential forum for free speech and commerce is at stake. If the government is going to endorse private agreements it should also promote transparency and comprehensive stakeholder participation in these initiatives,” WGAW writes.

With their submission the writers guild goes directly against the comments of the major Hollywood studios, which is a surprise. The comments are more in line with those from civil rights groups and academics, who will welcome an organization from the core of the copyright industry at their side.

All comments in response to the Green Paper have been published on the Internet Policy Task Force website.