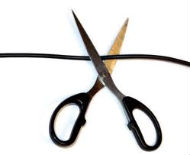 The MPAA has been very concerned with the widespread and unauthorized availability of motion picture movies on the Internet, specifically via torrent sites.

Last November it reported some of the largest torrent sites to the US Government, including The Pirate Bay, isoHunt and BTjunkie, calling them piracy havens.

In a follow up to the many accusations, the MPAA has now managed to shutter 12 torrent sites at once, a headline designed to send shockwaves through the BitTorrent community.

The MPAA has teamed up with Dutch anti-piracy outfit BREIN, who have perfected the art of pulling sites offline. In the last two years alone the organization has (temporarily) disabled more than 1000 torrent sites in The Netherlands, and they are now helping the MPAA towards doing the same in the US.

Twelve torrent sites were wiped from the Internet this week, but there is a catch to this ‘unprecedented’ action. As often with BREIN-led takedowns, nobody noticed a thing. If a torrent site of any significance goes offline for an hour or two our email inbox is usually alive with reports from readers. Today, however, we received none.

That doesn’t mean of course that the news isn’t worth reporting on. BREIN issued a press-release earlier today in which they appear very satisfied with what they’ve accomplished, and they assure the public that this isn’t the last time we will hear about such a torrent site massacre.

At the same time BREIN head Tim Kuik also explained why they target small players and why they keep the site names a secret.

“New sites are popping up, but we take these down faster and faster so they can’t gain an audience,” Kuik says. “Our goal is to limit the availability of illegal sites so people rather use legal platforms. BREIN doesn’t publish any names because some sites relocate and start over elsewhere.”

The MPAA, perhaps wisely, didn’t release a comment at all.

That leaves us with a final question for our readers. Do you happen to know of a torrent site that has gone missing over the past several days, or do you have more information on the affected sites? Feel free to get in touch with us.

BREIN Planning to Tighten The Noose on Pirates & Intermediaries