Unicode is used by billions of people every day, yet most are completely unaware of its existence. This character encoding standard makes it easier to exchange text files and is supported by some of the biggest tech companies around including Google, Microsoft, Apple, IBM and Adobe.

In addition to dozens of already-familiar emoji, this time around users can look forward to many fresh characters, including brand new mice and webcams, plus various emoji suitable for communicating networking concepts such as linking. A small sample of the new additions is illustrated below. 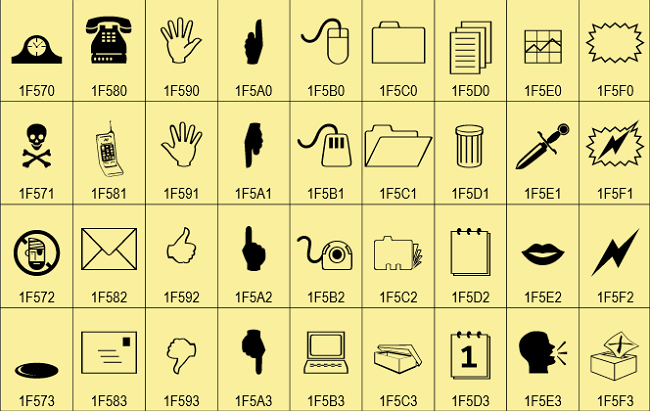 Also included are several old-style storage mediums, from the antique compact cassette and 5.25 inch floppy disk, to the comparatively modern 3.5 inch floppy and CD. But just in case people were considering putting those mediums to an illegal use, they can now be encouraged by their peers to think again.

Labeled 1F572 in Unicode 7.0 (shown above), a new emoji depicts an eyepatch-wearing individual. While its presence could be construed in any number of ways, it’s called “No Piracy” so it’s fairly clear what the consortium had in mind for it.