Together with Amelia Andersdotter, Christian Engstrom represents the Pirate Party in the European Parliament. He worked hard last month on ensuring judicial review before disconnections or sanctions over file-sharing can take place, and now he’s looking to do more with a proposed Bill of Internet Rights.

The Bill of Internet Rights would cover topics such as Net Neutrality, online privacy and freedom of information. Where possible the bill will take existing legislation as the basis. What makes this different though, is the process he’s using to help develop the document – an “Internet swarm”. Comments, suggestions and questions are all welcomed via his website, to contribute to the development of the document.

“I don’t think the problem is that there are a lot of politicians who actively want to dismount our civil liberties,” Engstrom told TorrentFreak. “It’s just that they haven’t realized that the Internet is an important part of our society, where the fundamental rights have to apply. They think it’s some kind of toy they can take away from the children if they’ve been naughty. The task is to explain to them that this is not an acceptable way of handling the net.” 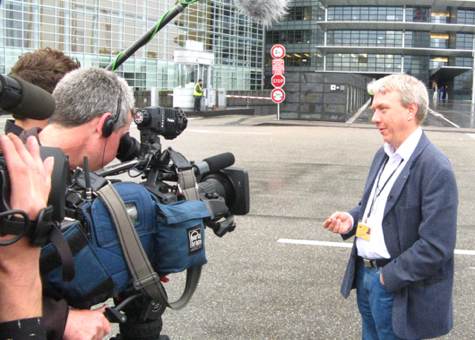 The idea for the bill came from the “Internet Core Group” inside the European Greens, where the proposal has strong support. Engstrom also says that during the negotiations for the Telecom Package there was a lot of talk about the need to safeguard net neutrality, so he feels hopeful about this proposal.

“When it comes to safeguarding the fundamental civil liberties, such as the right to privacy and information freedom – well, that’s a fight we just have to win,” Engstrom said. According to the current planning, the Bill of Rights will be ready for proposal in the spring of 2010.