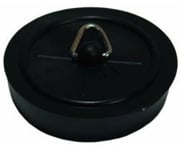 Replacing a plug isn’t abnormally difficult. They’re only a few dollars from the local hardware store. There’s no doubt a factory buried in the depths of China is churning them out by the truckload to profit from the misfortunes of those whose plug appears to have grown legs and wandered away.

However in the coming few years, that factory in China could see its precious plug-making business go down the drain as ordinary people with their own 3D printer put it to the task of producing a replacement plug in a matter of minutes. But in order to do that, they’ll need a blueprint of some sort, especially if they aren’t the best at designing their own.

This scenario raises many questions, with the first being where that plug design originated. It could be brought from an official online store, or it might originate from a professional plug designer, with someone buying the plug and putting it into their 3D scanner to create a file ready to send to their own 3D printer so they can make a couple more for the other sinks in their home. Rather innocent, you would think, until it ends up elsewhere on the internet, namely a BitTorrent site, for others to download and duplicate.

This scenario is a near perfect mirror image of what’s happening today – or so Hollywood would like us to believe. Whether or not Hollywood is telling the truth is a debate that’s been happening worldwide for a number of years, and looks set to continue for some time. Yet there’s no doubt in my mind that Hollywood’s dilemma will be a mere drop in the bucket (or sink) when compared to the potential loss of income that manufacturing worldwide will experience when 3D printing becomes as mainstream as BitTorrent, smartphones, and tablets are today.

When someone torrents a movie, it’s most likely a few multi-billion dollar studios and multi-millionaire actors and actresses that are feeling the pinch, notwithstanding the fact that studios and actors get to make a quick buck at the box office. Last I checked, plug designers don’t get a shot at that sort of fame and fortune on the red carpet when the latest in sink-sealing technology is announced.

The manufacturing and transport companies, materials suppliers, and Bob at the local hardware store, among others, would also feel the pinch with the reduction in supply of plugs to the market. That pinch would translate into tangible changes to the economy at both a local and international level – something Hollywood has not been able to convince many of when they plead their case of lost jobs and profits thanks to piracy.

It’s no secret that our lives are increasingly moving into a more mobile and digital environment, but the vast majority of downloadable content out there is designed for digital consumption such as software, music, movies and TV shows. Illegally downloading this sort of content only hurts a few comparatively small industries, but it’s those industries who legitimate downloaders and pirates alike, blame for their own downfall. High prices, DRM, geoblocking, and outdated business models typically draw the most complaints from consumers.

So, the trillion dollar question for the manufacturing industries will be how they plan to tackle the looming impact 3D printing will have on their livelihood and sustainability. Of course it’s worth noting that only a small portion of the industry will initially bear the brunt of the impact. Examples that come to mind include the humble plug I’ve mentioned, children’s toys, and building materials. I also wouldn’t mind a new protective shell case for my iPhone either. But not everything can be printed, so manufacturers who use materials that cannot be replaced by 3D printing will most likely be spared.

There’s positives and negatives to winning, and there’s positives and negatives to coming second, and the music and film industries have been the winners when it comes to being the first to feel the effects of piracy. It’s been beneficial for the industry and consumers alike, with innovations like iTunes and Netflix appearing to help patch the gaping hole that is revenue flowing out of studios’ coffers. The shift to downloading and streaming has introduced increasingly harsh competition for that market, helping to drive down prices and ease restrictions, giving consumers more options in the process.

So will these new business models come into play when manufacturers begin crying foul over their products being downloaded and printed? One would like to think so. It is a different consumer market that manufacturers will have to cater for, which could see massive job losses worldwide should manufacturing of some products, like plugs, become almost non-existent because people can simply print their own.

Will manufacturers become the new clients of BitTorrent tracking companies in their quest to target pirates downloading their products? Perhaps not plug manufacturers, but don’t count out toy manufacturers who could lose hundreds of dollars to just a couple of parents printing their children’s toys to save some money for extra food on the table.

Just as iTunes and Netflix rose from the soon-to-be smouldering ruins of the industries they cater for, will other such companies offering free, open source, or purchasable printable plugs, take advantage of the possible gap in the market and provide legal solutions to consumers hungry for the latest in sink-sealing science? I’d say the chances are very high, but there’s one vital issue of manufacturing which Hollywood doesn’t have to deal with.

That issue is called DIY. I might need a new plug for my sink, but what if I want it to have a better shaped top which doesn’t get caught on things, causing the plug to come unstuck and the contents of the sink to disappear, and worse, there’s nothing out already there that meets my needs. I might want a new iPhone case, but what if I wanted one that had a much larger, chunkier lip to provide more protection for the screen, or a more rounded edge for easier holding?

Chances are I, and many others, would have a crack at designing and printing the plug or the case myself. I’d have something which met my personal needs. I could also print a few more plugs and cases for my friends, because I’d own the designs. While I’m not stealing anything, I’m also not buying anything either, which directly impacts the manufacturers of the plugs and iPhone cases, and everyone in between them and the store I might have brought them from. Hollywood doesn’t have to worry about this conundrum because no one ever customizes a movie to suit their needs.

The recent headlines regarding the download and printing of firearms is one of what will soon be many examples of the negative applications of 3D printing seeing the light of day in the media. That’s a challenge society will have to deal with, with particular emphasis on the legalities of such items being printed.

However, if Hollywood’s experience is anything to go by, the ongoing legislation battles and relentless website takedowns have had limited success at best, while also damaging consumer relations. Downloading a movie doesn’t cause injury to anyone, but a printed weapon or firearm most certainly could when it falls into the wrong hands.

However 3D printing has the unparalleled opportunity to improve life in isolated communities and developing countries in a multitude of ways, and legislators will have to exercise extreme caution if they come to the conclusion that restrictions on the technology are required because of these benefits. Hopefully those manufacturers who defy the status quo and explore new ways to capitalize on the new technology will set new standards for their competitors to follow. Plus, who knows? Hollywood might learn a thing or two as well.

A fascinating discussion worth having in the future will be how 3D printing influences the relationship China has with the United States, among many countries. China is the world’s manufacturing powerhouse, and whilst many US companies have their products manufactured in China, there is the possibility of certain products made in China for overseas companies returning to their homeland for production thanks to 3D printing. On a side note, China is well known for making fakes and cheap imitations of all sorts of goods, ranging from cars to smartphones, that were developed in many other countries. Could the 3D printer give those companies and countries some revenge? I certainly wouldn’t count that out.

Who would have thought that a simple plug could change the way products are manufactured and sold. While an iceberg will need to melt before it can fit through the drain a plug blocks, it will sit proudly on the summit in the meantime. This discussion really is just the tip of the iceberg, and I believe the misfortunes of Hollywood will be blown out of the water when manufacturers start circling the drain.

Only time will tell.