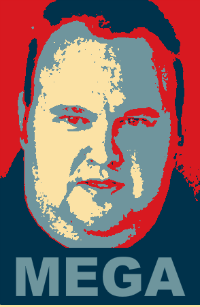 President Obama arrived at the East Asia Summit in Cambodia yesterday to discuss key issues with other world leaders.

While the criminal case against Megaupload and Kim Dotcom are not listed on the agenda, the topic was brought up in a private discussion Obama had with New Zealand Prime Minister John Key.

Key confirmed that the topic was brought up in conversation, but neither he nor Obama commented on what was discussed.

“I’m not going to go into those details. I had a little chat to him, yep, about a whole range of issues. I have private conversations with people all the time,” Key said.

Kim Dotcom got wind of the news and took the opportunity to ask his prime minister to forward a message to the U.S. president.

“Ask Barack Obama to give us green cards so we can come and help Hollywood to build a proper Internet business,” Dotcom jokingly asked New Zealand’s prime minister in a tweet.

This is not the first time that Dotcom has sent a message to Obama. He previously told TorrentFreak that the U.S. president should intervene in the ongoing case against his company, and reassure the public that Internet freedom and innovation are his priorities.

“Obama should consider helping millions of Mega users to get their files back. Obama should motivate Hollywood to innovate and adapt to today’s light speed Internet environment instead of freezing innovation and progress,” Dotcom said at the time.

This message was also conveyed in the “Mr. President” track Dotcom released earlier this year.

Yesterday Dotcom’s lawyers officially submitted Megaupload’s request to dismiss all charges against the company. The motion in question was submitted last month, but has been properly filed now after the Judge granted the lawyers’ motion for leave to file.

With the renewed motion to dismiss, Megaupload hopes to have the criminal charges against it dropped, at least until the U.S. Government finds a way to serve the company. This may take weeks, months, or may not happen at all.

If the motion is granted the charges against Dotcom and his co-defendants would still stand. But with Megaupload’s assets unfrozen they would be able to build a better defense, whether they get a green card from Obama or not.