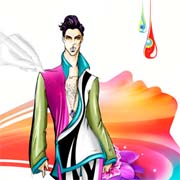 This week will see the release of Prince’s new album. The ten-song offering which kicks off with a track called ‘Compassion’ will not be available in bricks and mortar record stores.

In an interview with the UK’s Daily Mirror tabloid – which will be giving the album away for free in a covermount promotion this week – Prince explains why the likes of iTunes and other digital music stores won’t be getting the track either.

“The internet’s completely over. I don’t see why I should give my new music to iTunes or anyone else. They won’t pay me an advance for it and then they get angry when they can’t get it,” he explained.

“The internet’s like MTV. At one time MTV was hip and suddenly it became outdated. Anyway, all these computers and digital gadgets are no good. They just fill your head with numbers and that can’t be good for you,” he added.

While the album is also set to be given away with other newspapers, such as Het Nieuwsblad and De Gentenaar in Belgium and Rolling Stone magazine in Germany, contrary to claims by Prince, 20Ten will also be available for free via thousands of Internet outlets.

Sometime soon, probably before the planned release date of July 10th, 20Ten will be all over BitTorrent, Gnutella, dozens of one-click hosters, Usenet and file-sharing blogs worldwide and not one of them will have paid Prince the kind of advance he expects but didn’t receive from iTunes and other digital stores. With nowhere else but from a newspaper in limited numbers to get the album, Prince fans will turn to the web in their millions.

At this point in the final paragraphs one would normally sum up the news. “Prince is crazy for slamming the Internet and digital devices” or maybe “Prince is a hero for giving his music away” but in this case it’s quite difficult.

“I really believe in finding new ways to distribute my music,” he told The Mirror and strangely, by completely shunning the Internet with the release of 20Ten, what Prince has done is given this “outdated” network a golden opportunity to distribute his music on a scale worthy of an artist of his stature.

So where can people download this album right now? Well, it seems, absolutely nowhere. Despite the fact that almost 100% of albums leak weeks before their planned release date, 20Ten remains stubbornly offline with just 4 days to go.