Sceners Threaten to Destroy BitTorrent, “One Step at a Time” 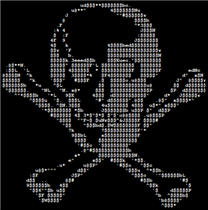 At the end of last year we reported on the unfortunate fate of Ersan, the administrator of SuperTorrents. He suffered multiple security breaches which revealed his identity along with the loss of $2000 in donations. Scene notices (text files carrying news/other info) carried lots of the gory details, with one ending in a threat: “cellkill is next”.

It seems that the administrator of a torrent site known as FTN has become the group’s latest BitTorrent victim, exactly as promised. In yet another notice with the header “Destroying The P2Ps, One Step at a Time”, part of the justification for the attack reads:

“Many have heard of him, but have never spoke to him, for a p2per word of him has come far as the scene. [real name removed], the owner of a torrent site known as FTN. His Torrent site steals thousands after thousands of releases from the scene, and then he has the nerve to go and say to other P2P’s STOP STEALING RELEASES FROM US?!??!? ILL BAN YO ASS! But wait, how is this even possible??

[real name removed] isn’t on the “Staff” page yet he’s still banning people, posting news and running the entire site. Mr. [removed], did you really think you were gonna leave without us giving you a goodbye present? Guess again ;-)”

The grim reality becomes clear as detail after detail of this admin’s personal life is revealed. His real name, date of birth, place of residence, personal email addresses, home ISP and IP address, places of education, friends, family – it’s quite a grim read. The claim that the admin is currently studying ‘Computer Security’ must pile on the embarrassment in spades. Family and friends who have also had their identities revealed can’t be too pleased that their FaceBook profiles are now public information.

Does this action against FTN signal the end of this ‘war’ on BitTorrent or will the MPAA and RIAA be rubbing their hands with delight on a regular basis? At least one other admin has been threatened for helping the admin of SuperTorrents after the original attack but there aren’t any more specifics at the moment.

The attackers left with this message: “We have yet again erased another torrent admin from existence. Other Groups, do your part to make the scene what it was in the beginning. Secure.”