With help from BitTorrent tracking outfit ScanEye we have been keeping an eye on interesting “pirate” venues, some more controversial than others. However, what we discovered this week came as quite a shock.

During our routine searches the RIAA suddenly turned up in the results. At first glance it appeared that the music group was sharing a dozen, mostly German, adult video clips. A peculiar finding to say the least.

A closer inspection of the data revealed that the IP-address listed does indeed belong to the RIAA. More precisely, it’s the IP of the RIAA website. 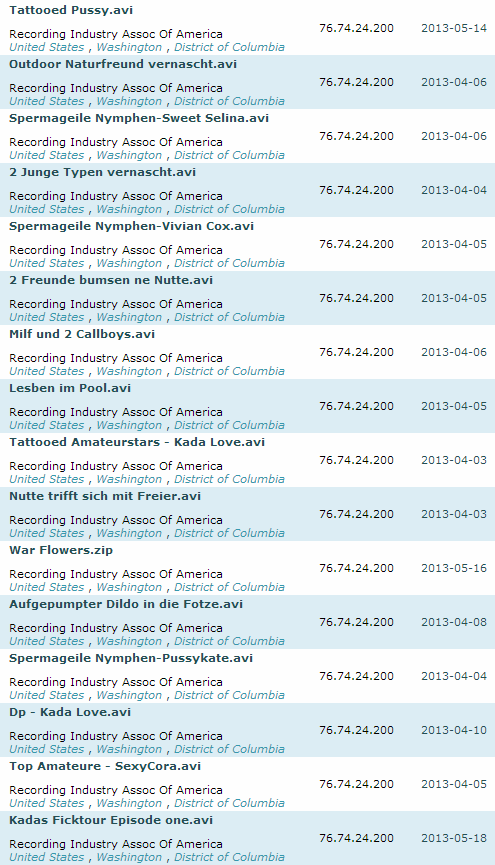 ScanEye further repoorts that no content has been downloaded from the IP-address, which means that it can’t be said with certainty that the RIAA was offering the videos. The alternative explanation, that someone is trying to get the RIAA “busted”, seems far more likely.

The picture below shows that the RIAA IP-address most likely comes from a “webseed” that was added to the torrents. Any person could have added the RIAA site as a seed without the videos actually being hosted there.

That’s quite scary, when you come to think of it. 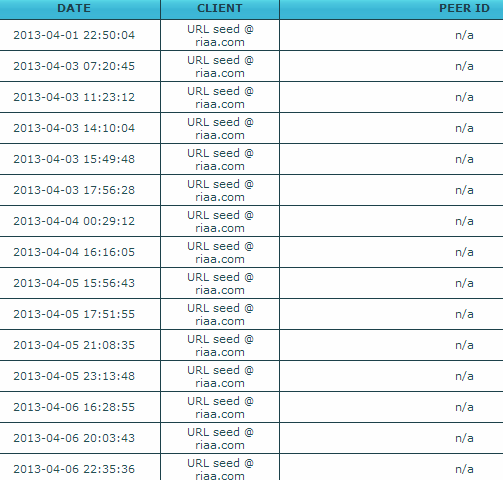 While “spoofing” IP-addresses of regular peers on BitTorrent is not so easy, it appears that with the “webseed” method it’s a piece of cake. In other words, it takes little effort to frame someone and make it appear that he or she was sharing a file.

While we were able to spot this irregularity in the RIAA’s case, it’s questionable whether copyright trolls will do the same.

The RIAA is no stranger to these flaws of course. In a past RIAA court case experts described the evidence gathering techniques of other anti-piracy companies “as factually erroneous”, “unprofessional” and “borderline incompetent.”