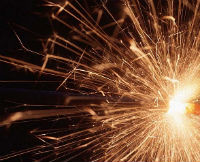 In the past decade the Internet has radically changed people’s media consumption habits, and the same can be said for the effect of the web on social change movements.

Although the role of Twitter and Facebook in the recent revolutions in the Middle East is often exaggerated, the social Internet did bring an important change. Hashtags and Facebook groups don’t do much on their own, but new web services have certainly made it much easier for people on the streets to share information with the outside world.

A new project started by the P2P-evangelists at VODO is set to take another big step forward in this regard. They aim to make it possible for citizen journalists to broadcast video to an audience of millions, totally anonymously and virtually invulnerable to censorship.

Named SPARKD, the video streaming tool has joined Mozilla’s MoJo contest, which was set up to encourage novel approaches to news gathering and reporting. Through the contest SPARKD hopes to be awarded a fellowship with one of the participating news organizations which include the BBC and Al Jazeera.

In short, SPARKD allows the public to anonymously stream or upload video from whatever device they have available, and then share it on various decentralized indexes. The distribution of the streams is based on P2P technology and handled by peers, which means that it’s nearly impossible to shut down once the information is out.

According to VODO founder and Steal This Film director Jamie King, SPARKD can be an essential tool in a time where citizen journalists are increasingly silenced.

“It’s clear that public distribution of certain kinds of key information has the potential to contribute to social change. Look at the role of citizen journalists in Egypt, and how this fed through to public awareness of the situation, strengthening the local movement,” King told TorrentFreak.

“Or look at Wikileaks, and its recent role in revealing the oil motives behind the invasion of Iraq. That should make it harder, I hope, to sell war to the public in the future. But in both cases, the distribution infrastructure is somewhat shaky, and liable to attack,” he adds.

Indeed, one of the main news sources in the Middle East, Al Jazeera, was jammed both in Egypt and in Libya. Similarly, Wikileaks is under constant attack from the U.S. Government via a variety of methods. SPARKD aims to make this type of censorship much harder, or nearly impossible.

“This is why SPARKD, based on a properly decentralized, P2P distribution with BitTorrent and the developmental Swift protocol at its core, can be useful. With peers bearing the responsibility of distribution, and trackerless swarms as the main infrastructure, it’s a much harder channel to censor or attack,” King says.

“P2P is perhaps the most pure realisation of John Gilmore’s statement that ‘The Net interprets censorship as damage and routes around it.’ Nowhere right now is it more important to demonstrate this practically than with citizen journalism,” he adds.

An overview of the details of the project are available on the contest website. One of the most essential aspects is to provide full anonymity for the sources, something that the SPARKD team will accomplish by putting proxies between the original source and the rest of the world.

“The idea is to use a proxy — probably one that the user can select, we have a couple of partners we could work with — to protect the initial uploader as they upload over HTTP. We can arrange it so that we don’t actually know the details of the uploader, so there’d be no point people coming after us to find out who it was,” King told TorrentFreak

Those who are interested helping out, or to pitch their own ideas and suggestions are welcome to contact the SPARKD team.

“If you’re a UI designer, we need you. If you are a P2P-savvy programmer, we need you. If you have an interest in merging social conversation with live video, we want you. We can just about make this happen by ourselves, but this isn’t the point. It’s always great to discover new people to work with,” King says.

The SPARKD team hopes that, by winning the contest, they can get a Beta version out to the public as soon as possible. But even if they don’t win, the project will continue to be developed as planned.

Besides the importance of SPARKD for citizen journalists, the flit technology that underlies it might also be useful for other types of video streaming where the source prefers to remain anonymous. SPARKD is clearly restricted to political purposes, but since flit will be open and available to anyone, we expect to see a few entertainment oriented spin-offs once it is released to the public. 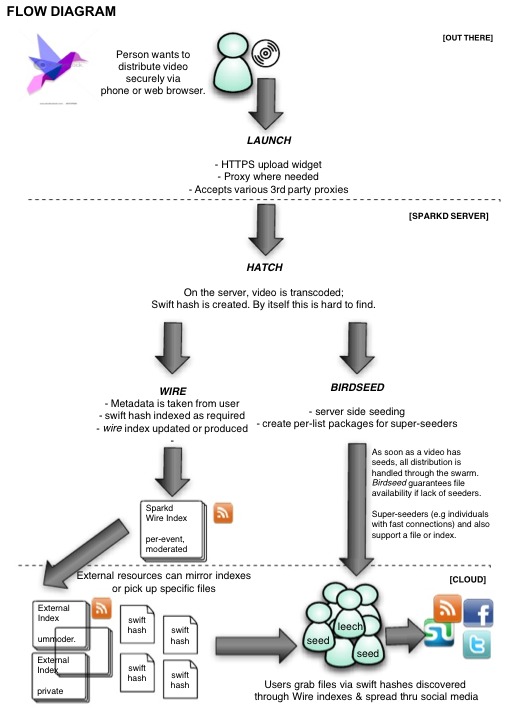