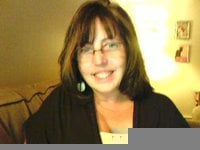 On reading papers just filed in the New York Eastern District Court, it’s clear that Twentieth Century Fox is out to make an example of anyone who makes available any of their copyright material on the Internet, whether it be a movie or the words uttered in them.

The studio claims that P.J “uploaded and made available to others via the Internet a script of Deadpool, the copyright to which is owned by Fox, and which is a script for a project still in development.”

P.J is further accused of uploading and making available “roughly 100 movie and television scripts” during 2009 and 2010, some of them relating to relatively old films such as Aliens, Edward Scissorhands and Wall Street.

The actual court papers list 79 movie scripts, only one of which is unreleased. Fox want $150,000 in statutory damages for each and every one.

Does 1-10 refers to the individuals who allegedly supplied P.J. with the scripts, although it is claimed that P.J only reposts scripts already available on the Internet. Indeed, a quick search for a handful of the scripts showed them all to be available quickly from multiple sources.

Fox states that P.J’s actions “harm the fans who do not want their enjoyment of a movie or television show to be spoiled by knowing the story ahead of actually being able to watch it.”

Perhaps those people, if they don’t want their enjoyment curtailed, should simply not spend hours seeking out and reading scripts. A simple but effective solution for unreleased movies perhaps, but one likely to fail miserably when applied to a movie such as Aliens, which has been out for 26 years already.

Nevertheless, the movie Deadpool is rather more fresh and is not due for release until 2012 and it appears that Fox has been actively trying to get its script removed from the Internet. A writer at mypdfscripts says that the studio got in touch with his site recently after they published a review of the script, a script which Fox described as “stolen property.”

While we appreciate your interest in the Film and your enjoyment of the script, the Film is a confidential project in development. Your purported review provides important qualitative details about character, plot, setting and mood, thereby violating Fox’s rights in and to the copyrights to the screenplay.

As you are likely aware, copyright law protects an author’s right of first publication. Harper & Row Publishers, Inc. v. Nation Enterprises, 471 U.S. 539, 554-55 (1985). Fox therefore demands that you immediately remove and not re-publish your “review,” in whole or part.

In its case against P.J, Fox says that the company took action to have the Deadpool script removed from various websites (believed to include the Mediafire file-hosting service) last month, but complains that P.J uploaded it again. However, there is no mention in the lawsuit that Fox issued P.J with a DMCA takedown request or contacted her in any way.

According to a posting, P.J is facing a huge struggle.

“PJ doesn’t have the kind of cash needed to hire an attorney. Like I said, days she works a telephone line selling flowers to make ends meet and nights she writes — fighting to bridge that artist-who-does-art vs. artist-who-gets-paid-for-art gap,” notes a posting on the Celluloid Blonde blog.

People who can afford it are being asked to make donations via PayPal to [email protected], so that P.J can at least fight her corner with the help of representation.