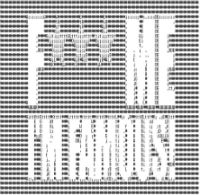 The top of the so-called piracy pyramid lost a stone once again yesterday, as BREIN publicized that the Swan topsite had been pulled offline. According to the Dutch anti-piracy outfit, the topsite – formerly known as ATS – operated from 12 servers carrying a massive 220 terabytes of data.

The site had connections to a variety of scene groups and allegedly sold access to several well-known private BitTorrent trackers. Although the unplugging will be seen as an inconvenience and might delay some releases, none of the persons connected to the site appear to be facing legal action.

BREIN generally informs hosting providers of its suspicion that ‘illegal activity’ is taking place on their infrastructure and without the authorities getting involved the hosting provider then decides whether or not to take action. According to this scenario it is not impossible that Swan could reappear in a different location, as we’ve seen happening dozens of times after BREIN pulled torrent sites offline. But Scene groups and networks are complex creatures and take more time to reconstruct.

However, BREIN’s head Tim Kuik stated in a comment that his outfit is now in possession of the Swan servers. This is interesting to say the least, because BREIN has no authority to seize any equipment on its own, and the hosting provider can’t just hand over private customer data without a warrant.

In a comment Swan’s hosting provider Worldstream avoided these peculiarities and simply stated that they were happy to cooperate with BREIN.

“We can not accept such activities in our network,” the WorldStream owners explained. “BREIN is known as a reliable partner and provided very clear evidence to demonstrate that unauthorized files were made available on the servers. For us it was therefore quickly decided to cooperate in this action.”

The owner of Swan, who operates under the nickname MrTB, has also responded with a response to the events. With the exclamation “F*** me i’m famous!” MrTB claims that the ‘bust’ is the result of the actions of a rogue member. In addition he claims that BREIN misrepresented the facts since Swan only operated 8 servers holding 175 terabytes of data.

“Peace out, and fuck you all!”

The last statement seems to indicate that Swan is not planning to make a return any time soon. This makes the BREIN action, albeit trivial, very effective. BREIN’s head Tim Kuik was asked for a comment regarding the ‘seizure’ of the servers but has yet to respond.

Update: Tim Kuik told TorrentFreak the following in response to the seizure of the servers.

“BREIN exerts the rights and civil enforcement remedies of copyright holders. That includes seizure of servers used for infringements. These can be claimed as property of the right holders. If the owner wants them back, he needs to identify himself, which of course means that he can be held liable as well, if we don’t locate him first. We have ample evidence of the unlawful activities carried out with the servers in question. This evidence convinced the hosting provider to cooperate. Conducting unlawful activities also is in contravention of hosting providers’ terms of use.”