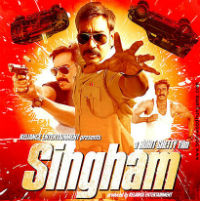 Last week millions of Indians were shaken up by what appeared to be a mass anti-piracy action from the Government. Many of the country’s leading Internet providers had blocked access to a wide range of file-hosting services including Mediafire, MegaUpload and Hotfile.

It turned out that the ISPs in question were responding to a court order under which they had to block access to the Reliance Entertainment movie Singham. Responding to this request, some ISPs overreacted and blocked entire sites, rather than just the single movie.

Aside from asking ISPs to serve as the copyright police, the makers of Singham also approached many torrent sites directly over the last days. Armed with a “John Doe” order from the Indian High Court, they are going after all sites that could potentially link to pirated versions of their film.

Since the order is not targeted at any site in particular (but at anonymous offenders), Reliance Entertainment can simply send the order to whoever they wish.

One of the torrent sites that was approached by the lawyers of Reliance Entertainment is BitSnoop. In an email they sent the owner of the torrent site a copy of the court order, preventing him from making the movie Singham available.

“Defendants and other unnamed and undisclosed persons, are restrained from communicating or making available or distributing, or duplicating, or displaying, or releasing, or showing, or uploading, or downloading, or exhibiting, or playing, and/or defraying the movie ‘Singham’ in any manner without proper license from the plaintiff or in any other manner which would violate/infringe,” the order of the Indian High Court reads.

The lawyers further request the site’s owner to remove all material related to their movie from the site, should it be uploaded in the future.

“Our clients request you to kindly block access to any copyrighted material of our clients including the movie ‘Singham’, its snip ads [sic], its pictures or songs or any audio or video format from your website immediately and notify your consumers/customers not to download/upload the movie ‘Singham’ by putting it on your websites homepage,” the lawyers add.

In a response to TorrentFreak, BitSnoop’s owner said that he doesn’t intend to adhere to the order and will continue business as usual. He argues that he’s not governed by Indian law and adds that he already provides sufficient options for copyright holders to remove infringing content.

In common with nearly all the other torrent sites that were served the order, BitSnoop does not proactively police its site for torrents that could link to copyright-infringing content. Instead, they allow copyright holders to send proper takedown notices if they want to take a torrent offline.

TorrentFreak has asked Reliance Entertainment’s lawyers what their next step will be when torrent sites ignore the court order, but we have yet to hear back from them.