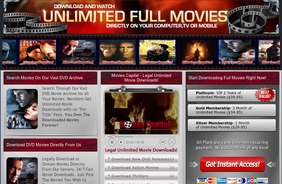 With more than a million monthly visitors filmzzz.com and legalmovies.tv were among the most-visited movie streaming indexes back in 2009.

The sites were operated by Faraz and Ayaz Saddiq, two brothers from Leeds, UK. In common with other “linking” sites they didn’t host any copyrighted content but merely linked to it. However, that did not prevent the men from running into trouble with the law.

Tipped off by the Hollywood-funded anti-piracy group FACT, West Yorkshire Police’s Economic Crime Unit launched an investigation into possible copyright offenses. The police confirmed that the two men were responsible for the sites in question and in August 2010 they were charged.

According to the complaint the Saddiq brothers were responding to takedown requests, but made no effort to remove other clearly infringing content. The men were warned that they could be committing a criminal offense under copyright law but continued to operate the websites.

Last week 27-year-old Faraz Saddiq and his 26-year-old brother Ayaz were both sentenced to a 9 month jail terms, suspended for two years. In addition they were ordered to carry out 150 hours of unpaid work.

FACT welcomes the verdict and reports a significant change in attitude since the owner of TV streaming links site SurfTheChannel was sentenced to four years jail-time earlier this year.

“We have seen a definite shift since the conviction and sentencing of Anton Vickerman which proved conclusively that running an ‘indexing’ or ‘search’ site is criminal activity,” a FACT spokesperson told TorrentFreak today.

FACT is using the Vickerman verdict to convince operators of other streaming sites to “voluntarily” hand over their domains to escape prosecution, which many have done since.

“FACT seeks to reduce pirate activity by targeting source piracy and those running criminal businesses providing access to pirated material. However, not every case needs to end up in criminal prosecution and we always attempt to contact site operators to ask them to comply with the law,” FACT explains.

“Anyone who creates content, who works in the film or broadcasting sector or whose family relies on the income from someone working in those areas deserves the right to be protected,” FACT adds.

With these new convictions it appears that the UK has transformed into something of a no-go area for streaming link sites. This is quite different from the position two years ago. In 2010, the admins of TV-Links, a similar linking website, were acquitted because their website was deemed to be a ‘mere conduit’ of information.