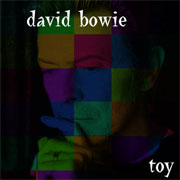 In mid-2001, a new David Bowie album was scheduled for release. Titled ‘Toy’, the LP contained some of Bowie’s earliest work but following some kind of dispute at record label Virgin, it remained unreleased.

Three days ago, however, Bowie fans worldwide began waking up to a dream. All 14 tracks of Toy, running for around 1 hour in 256 kbps quality MP3, had been uploaded to BitTorrent.

While these kinds of controversial uploads are often made to big sites like The Pirate Bay, ‘Toy’ was initially placed on a lesser-known tracker called Mind Warp Pavilion and as far as we can see is yet to have migrated further afield, aside from a couple of brave blogs hosting it for direct play.

So where did the release suddenly come from? TorrentFreak decided to try and find out. During the course of our investigations we were initially informed by someone who claimed to be close to the uploader but requested anonymity that the album had been obtained via eBay. The sale we were shown took place on March 14th and was apparently shipped from Australia.

Today, though, we managed to make contact with the original uploader. Brigstow, as he is known online, hails from Bristol in the UK and is clearly a big Bowie fan. Not only did he categorically deny that he had purchased a bootleg CD and uploaded it, he said that it was because people were trying to make a buck from ‘Toy’ on eBay that he decided to leak it himself and sabotage their game.

“Myself and a few friends were very angry that certain people only seem to want to profit from recordings like the Toy album, so when we saw the eBay auction and heard of someone else selling discs for $55, I decide to upload it and give it away,” Brigstow told TorrentFreak.

Brigstow went on to explain that this upload was “not a new concept” to him as he used to run Savage Jaw, a BitTorrent tracker from a few years back which listed only quality David Bowie bootlegs and rare recordings.

While Rolling Stone says that Bowie’s office has refused to comment on the ‘leak’, The Sun in the UK is reporting that the star is ‘livid’ that the album has become available.

If true, this reaction is in stark contrast to those coming from Bowie’s adoring fans. After reading through hundreds of comments, we only managed to find one which complained directly about the leak and even then it appeared to be focused on a desire for it to have remained secret for the exclusive enjoyment of the ‘real’ fans and not for the masses.

Indeed, many Bowie fans are describing the leak as “magical”, “heavenly” and “a dream” and there are already dozens of fan-inspired pieces of artwork circulating as potential album cover candidates. What cuts through in page after page of discussion though, is just how passionate these people are about David Bowie.

“Nearly all the comments I’ve read from fans about this album have been positive, and most of them would still quite happily purchase a copy if it were given an official release,” said Brigstow.

But of course it’s not officially available and, depending on the location of the consumer, in theory and in extreme circumstances sharing it could even have a prison sentence attached. However, since this album was destined to spend its life in some dark dusty corner of a record exec’s office, never to see the light of day, its release this week cannot mean (even by record company calculations) that a single sale has been lost – quite the rarity among pre-release uploads.

The end result though is that many tens of thousands of Bowie fans are in line for an absolute treat, a delicious forbidden fruit of an album which, if not for the Internet, may have been permanently deleted from our musical culture due to label politics.

So the question remains. What is the most important – the pure enjoyment of the fans and ultimately the preservation of culture by any means, or the wishes of a record label and the rule of law that, in many instances, they helped to create?

Whatever the conclusion, it’s impossible to wind back the clock. Toy is out of the box now, and it’s never going back.