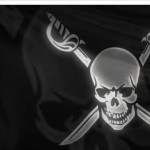 Following a complaint from Swedish anti-piracy group Antipiratbyrån, in November 2011 police carried out raids in two locations against private torrent site TTi, aka The Internationals.

In one location police targeted site owner Joel Larsson. In another, Patrik Lagerman, boss of web-hosting firm PatrikWeb, the company providing hosting for the torrent site.

The case against Larsson centered around the unlawful distribution of copyrighted video content by his site’s users. Lagerman was accused of aiding that infringement after he refused to take the site down following a request (not backed by a court order) from Antipiratbyrån.

The case dragged on for more than three and a half years but concluded earlier this month. The judgment was handed down yesterday and its one of mixed fortunes.

Larsson previously admitted to being the operator of TTi and also the person who accepted donations from site members, an amount equivalent to around US$12,000. He also insisted that he never controlled the content shared by his site’s users.

In its judgment, however, the court noted that files found on a confiscated PC revealed details of meetings with site staff indicating that Larsson fully understood that the site was involved in the exchange of infringing content.

The Court found Larsson guilty of copyright infringement and sentenced him to 90 hours community service. If prison had been suggested by the prosecutor he would have served three months.

The Court also seized several servers connected with the site but rejected a prosecution claim for the forfeiture of $12,000 in site donations after it was determined Larsson spent the same amount keeping the site running.

For Patrik Lagerman, the site’s host, things went much better. Despite finding that Lagerman had indeed been involved in the site’s operations by providing hosting and infrastructure, he was deemed not negligent for his refusal to take down the site without a court order. He was acquitted on all charges.

Commenting on the judgment, Sara Lindbäck at Rights Alliance told TorrentFreak that getting a conviction was the important thing in this case.

“The person responsible for the illegal service was found guilty. That is the important part in the ruling. The illegal services are causing tremendous damages to the rights holders,” Lindbäck said.

“In this case the person had also received substantial amounts in donations, in other words receiving money for content that somebody else has created.”

Speaking on Lagerman’s acquittal, Lindbäck acknowledged that the situation had been less straightforward.

“Regarding the hosting provider, the court did not find him responsible for copyright infringement. The legal aspects to the responsibility for hosting providers is of course interesting legally. We will now analyze the ruling further and see what consequences it can have in the future.”

Rights Alliance did not reveal whether it intends to appeal, but considering the amount of time already passed since the arrests in 2011, that seems unlikely.