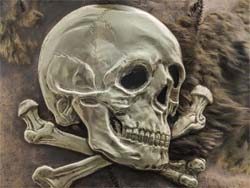 When it comes to delivering tough anti-piracy action and rhetoric Down Under, few can match the efforts of movie company Village Roadshow.

In addition to holding ISPs responsible for piracy and having sites blocked at the provider level, the company is also threatening to track down and fine regular Australian file-sharers.

Village Roadshow co-chief Graham Burke is well known for his outspoken views on piracy, and now he’s encouraging aspiring filmmakers to express theirs via the ‘Unscene‘ short film competition.

First aired during the summer, the competition is now nearing its end-November deadline. Filmmakers of all abilities are invited to participate by expressing their views on how piracy will impact their future in the industry.

The competition is open to anyone over 18 and films are limited to five minutes duration. For the winner, there’s a cash prize of AUS$10,000 and film equipment up for grabs, plus a chance for their entry to be played before movies in Village Cinemas.

After submissions close on November 30, online voting via Facebook begins on December 1 and continues for the rest of the month. Finalists are announced January 15 and the winner will be revealed during a gala event on January 30.

Entrants are invited to “impress, inspire or upset” the judges (who include Graham Burke) but thus far all entries are towing the “piracy is evil” line, so the latter category will probably go unfulfilled.

Many of the filmmakers have been uploading their films to Vimeo without protection, so they can already be viewed. As can be seen from the handful embedded below, many follow a horror theme depicting a bleak future.

‘Echoes’ by Alessandro Frosali is particularly creative, but they all have something to offer in their own way. Thus far, no one has dared to put forward an entry that challenges the notion that piracy is not destructive, but there are still three weeks left to go, so anything could happen.

Turn off the lights, close the curtains. Piracy has never been this scary (NSFW).

You've Been Warned from Natalie Carbone on Vimeo.

CINEMA. from Zoe Leslie on Vimeo.

Blackspot from Troy Blackman on Vimeo.

DEMONS OF THE FILM INDUSTRY from jesse wakelin on Vimeo.

The Pirates from Andy Burkitt on Vimeo.