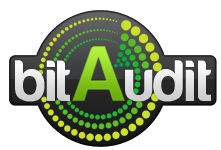 Two years ago a study by the University of Washington department of Computer Science and Engineering revealed that the evidence gathering software used by some anti-piracy outfits is not really up to par, to say the least.

By spoofing their presence the researchers managed to receive hundreds of infringement notices addressed to a networked printer that never actually shared a file. This showed that the companies involved do not actually verify whether an IP-address connected to a swarm is actually sharing the file they claim it is.

This could spell trouble for the tracking companies that are involved in the recent lawsuits against BitTorrent users, such as in the Hurt Locker cases. If their evidence gathering is as weak as that of the outfits which sent the infringement notices to the university printer, the courts might easily throw these cases out. This might be one of the reasons why copyright holders prefer the quick and easy settlement process instead of a full court battle.

The lack of effort that goes into evidence gathering is quite shocking in some cases. Just a few weeks ago we reported that an employee of a law firm that’s involved in these BitTorrent lawsuits bought such a tool on a rent-a-coder site for between $250 and $750. It only takes one settlement from a BitTorrent user to recoup this investment.

Although an IP-address is not a person, there are plenty of ways to gather more solid evidence that an IP-address was actually involved in a transfer, avoiding many of the false accusations that are common today. One tool that actually produces (more) valid logs is bitAudit. Its programmer, Sam, is currently looking for beta-testers.

As can be seen from the video below, bitAudit gives a detailed and accurate overview of what happens when you fire up your BitTorrent client. The application shows how public transfers on BitTorrent are, but it also reveals that not every IP-address in the swarm might be sharing the file.

TorrentFreak spoke with Sam to find out why he decided to code the application, and to find out what purpose it would serve for the public.

“I’m an engineer and I’ve always liked knowing how things work. All BitTorrent clients I tried didn’t show well what happens behind the scenes so I thought I’d write some code to log things correctly,” Sam explained. He showed the logs to his friends who said they instantly better understood how the BitTorrent protocol works. This all happened about a year ago and Sam shelved the code until recently.

“Then as more news on BitTorrent lawsuits and evidence collection came out, I thought I’d try my code again but as an experiment to see how fast I could generate these logs and exchange pieces with peers,” Sam told us. “It was a fun process and I learned even more and found I had to toss many of the BitTorrent efficiency rules out to generate these logs quickly and efficiently. I even added checksums to ensure the data wasn’t modified/tampered with.”

Rather than shelving his program again, Sam has decided to share it with the public this time round. He’s currently looking for Beta testers to try the application and give him some feedback so he can make some improvements.

“There are a lot of BitTorrent users out there that have a minimal to average understanding of how it works and I see a lot of misinformation perpetuated in forums and comments. bitAudit gives users an inside glimpse into how BitTorrent works and what evidence collection looks like. Knowledge is power and making bitAudit available to the public can only help educate users on how to better and safely use BitTorrent.”

Aside from the application being an eye-opener for some BitTorrent users, it might also do the same for the outfits that are currently working with highly inaccurate tools to gather ‘evidence’ on BitTorrent users. On the one hand this is good news because applications like bitAudit have the potential to reduce many false accusations. But for those who do share files without permission from copyright holders, a better standard of evidence gathering could prove problematic.

The Corporate Enemies of Filesharers