Plex is a multifunctional media software and service that allows users to easily access all their entertainment in one place.

Whether it’s movies, music, TV-shows, or photos, Plex can organize and index, making the content ready to stream on a wide variety of supported devices.

Like many other technologies Plex can be used for good and bad. There have been reports of people sharing vast libraries of the pirated content via Plex-powered servers, for example. But at the same time Plex is a gateway to legal streaming content including movies and series on its own Mediaverse platform.

The Mediaverse part of the Plex site appears to cause some confusion. While it offers content that can be legally streamed for free, it also lists many other titles, such as The Mandalorian, Game of Thrones, Wonder Woman 1984, and Tenet. 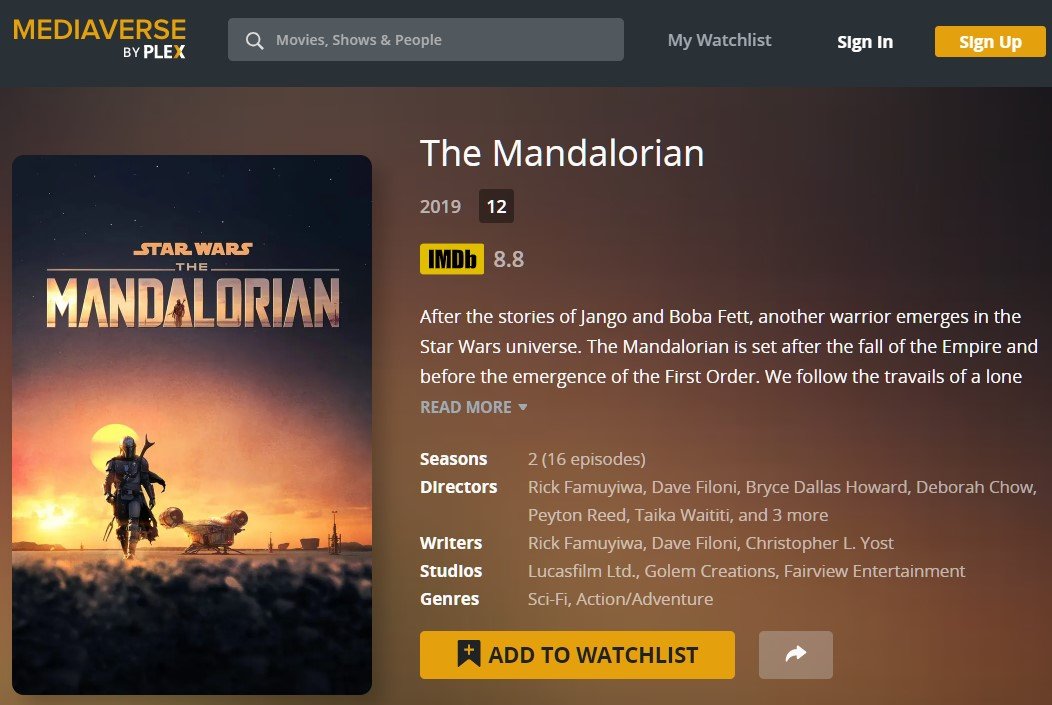 These other titles are not freely available for streaming, of course. Plex merely added an informational page to its library so people can put these titles on their watchlist. However, not all copyright holders appear to get this distinction.

Over the past month alone more than a handful of DMCA takedown requests were sent to Google, asking the search engine to remove these “copyright-infringing” pages. The takedowns suggest that Plex offers access to the full videos and list its URLs together with those of notorious pirate sites.

For example, ‘CTW Anti-Piracy’ sent a DMCA takedown request to Google on behalf of Vertigo Releasing Limited, asking the search engine to remove the Plex information page for the film “Becky“. The Plex page is highlighted below among more traditional pirate sites.

We assume that these requests, and many others, were all sent by mistake but that doesn’t mean that they are harmless. While Google is generally quite good at spotting errors, it missed these ones. That means that the Plex pages have actually been wiped from Google’s search results.

Instead of getting the Plex page, people will now see the following notice at the bottom of their search results.

After browsing through several Plex takedown notices in Google’s transparency report we also spotted one for which the search giant took “no action“. However, that isn’t because it is deemed to be an erroneous takedown, but because the URL wasn’t indexed to begin with.

We reached out to Plex to inform the company about the takedowns and requested a comment. The company informed us that they are aware of these notices and will try to work things out with the copyright holders individually.

That’s probably wise because too many notices put sites at risk of being demoted, which can seriously hurt search traffic.