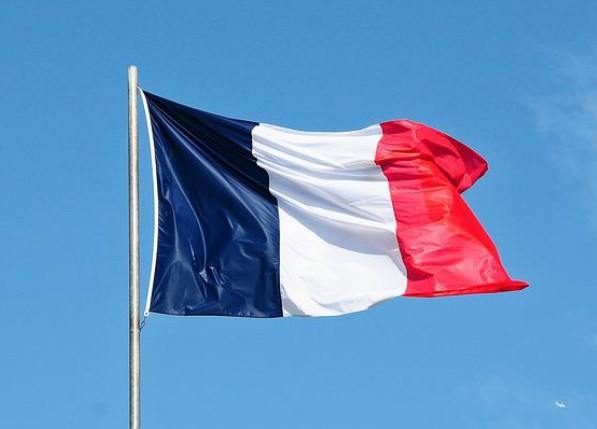 At the start of this year, a new bill went into effect in France that created a new regulatory body.

In addition to the organizational change, the anti-piracy outfit was given new powers as well. For example, Arcom maintains a blacklist of problematic sites and mirrors, which various service providers can use to block or delist the associated domains.

The outfit also has the power to swiftly order online services to take down unlicensed streams of live sporting events. This is in line with EU legislation which prescribes swift takedown procedures for live broadcasts.

This week, Arcom board member Denis Rapone gave the first public speech before an audience of film industry people at the Cannes Festival. Rapone lauded movie companies’ legal efforts over the past decade and stressed that France is an ally in the fight against piracy.

“We share a unifying fight: that of protecting French creation and its vitality against the predatory scourge of piracy,” Rapone said, at a roundtable discussion.

Rapone went on to acknowledge that a lot of progress was already made over the past years. Copyright holders have successfully demanded ISP blockades against hundreds of pirate sites in court, for example. In addition, HADOPI’s graduated response scheme also put a dent in piracy figures.

This has stopped the growth of piracy in France and in recent years the number of pirate site visits is trending down. However, with millions of people still using unauthorized sources regularly, more work has to be done.

“These serious and repeated infringements of copyright, perpetrated on a large scale, are not acceptable,” Rapone said. “It is time for the public authorities to step in and forcefully take action in the context of the new opportunities available to them.”

Arcom is happy to pick up the gauntlet. The government agency has the power to flag illicit sources and take swift and effective action. It has already booked some success on this front, by shutting down live streams of sporting events.

As Arcom’s appearance at the Cannes Film Festival shows, the authorities are also lending a hand to the movie industry.

“We can be pleased that France has chosen to make the protection of creation and the eradication of piracy a major objective of public policy. This can only be achieved through the combined determination and mobilization of creative actors and public authorities,” Rapone notes.

The speech is accompanied by a brief presentation that backs up some of the claims. Relying on EUIPO research, it shows that piracy has started to decline. Within Europe, France is at the bottom half of all countries ranked by the average number of visitors to pirate sites. 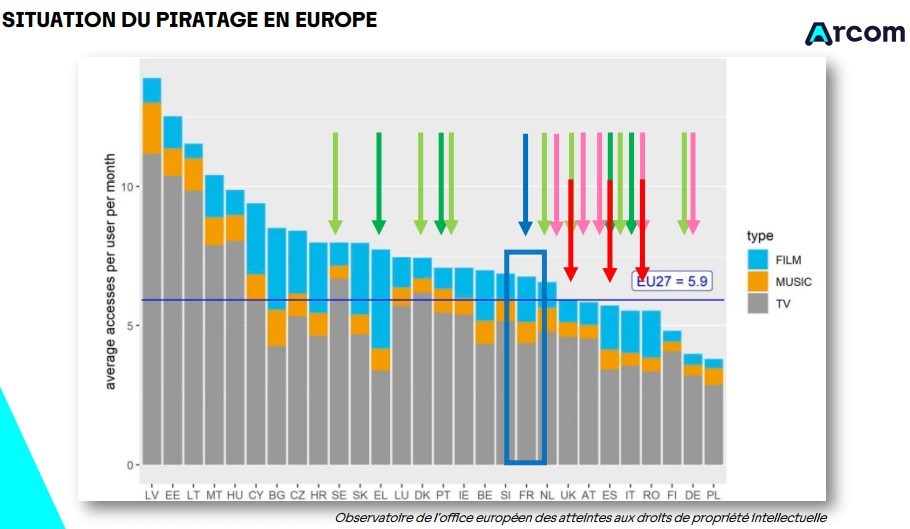 This is a positive sign indeed, but looking more closely there’s something that stands out. If we only count the “movie piracy” visits, France ends up much higher on the lists. In fact, French people visit movie piracy sites more often than those in the countries with the highest piracy counts.

Whether this was discussed during the roundtable discussion is unknown. However, it is likely that French policy is one of the reasons for this outlier.

For more than two decades, France has had a “media chronology” law that gives an exclusive release window to movie theaters. This applies to video rentals but also to streaming services such as Netflix, Amazon Prime, and Disney+.

Up until this year, streaming services could not show a film within three years of its movie theater premiere. This was recently shortened to 17 months for Disney and Amazon, and 15 months for Netflix, as the latter agreed to an annual investment of €190m in local movie and TV content.

These restrictions don’t apply to content that’s exclusively streamed online. However, for Disney, it means that it can’t show its blockbuster movie releases on Disney+ for more than a year.

Needless to say, it can be quite frustrating for French movie fans to see people all over the world enjoying recent films on streaming services, while they can’t. The movie theaters, for their part, are quite pleased.

Perhaps it’s a controversial suggestion, but could it be that these mandatory release windows are actually motivating some people to watch the films through pirate sites instead?

That might be something Arcom could look into in the future. After all, when it comes to defeating piracy, the authorities shouldn’t just look at the illegal supply, but also at the legal alternatives.