Founded in 2008, KickassTorrents soon grew out to become an established torrent site. The site has launched many innovative features over the years, and focuses on building a strong community.

KickassTorrents is available in more than a dozen languages and hosts well over 8 million torrent files.

During the first year KickassTorrents.com didn’t show a single banner ad on the site, but this changed in early 2011. The site is now ad-free only to registered users. KickassTorrents is listed amount the top 10 torrent sites of the Internet. 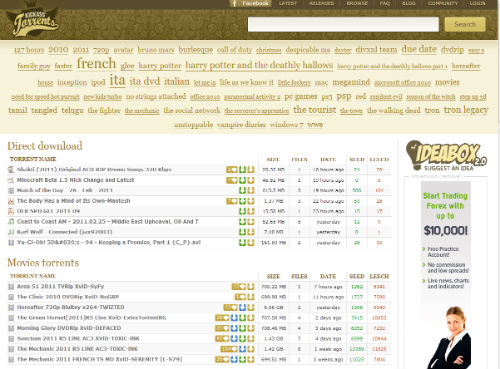