‘Deadpool’ is the Most Torrented Movie of 2016 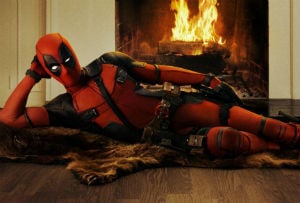 Every week millions of people flock to torrents sites, searching for pirated copies of the latest blockbusters.

At the end of the year we take a look at what movies were pirated most often and this year ‘Deadpool’ comes out as the clear winner.

Pirated copies of the American superhero film first appeared early February triggering millions of downloads during the months that followed. Even today, thousands of people are still actively sharing it.

Superheroes and comics are doing very well on torrent sites this year, as the top three is completed by ‘Batman v Superman: Dawn of Justice’ and ‘Captain America Civil War.’ And further down the list we also find ‘X-Men Apocalypse’ and ‘Suicide Squad.’

While file-sharers may have a slight preference for geeky films, in general there’s a high correlation between piracy and box-office sales. That is, top grossing movies tend to do well on torrent sites too.

With this in mind, it’s no surprise that ‘Finding Dory’ makes an appearance as well. The Pixar movie sold most tickets at the box office in the US, and comes in second worldwide.

‘Independence Day: Resurgence’ is somewhat of an exception in this regard, as it secured a spot in the top 10 while being a relative flop in movie theaters, at least in the U.S. On the other side, ‘Zootopia’ is missing despite being the third-best grossing movie worldwide this year.

Below we have compiled a list of the most-torrented films in 2016 (irregardless of their release date). The data is estimated by TorrentFreak based on several sources, including download statistics reported by public BitTorrent trackers.

Note: we have decided to stop reporting download estimates in our yearly top lists. Due to various changes in the torrent index/tracker landscape it’s become more challenging to monitor downloads, so a ranked overview makes most sense.