After hearing songs from the hit show Frozen on a continuous loop since its release in 2013, millions of parents must long for the day when their kids find something else to take its place.

But while adults wish that their offspring would just let it go, it’s still preferable to hearing kids crying and/or complaining during this week’s half term break in the UK. But that’s exactly what a couple of thousand adults have to look forward to thanks to a licensing screw up and the inflexible folks at Disney.

Tomorrow night at the Heywood Civic Centre in Manchester, the Frozen tribute show ‘Freezing – An Icy Adventure’ was set to entertain kids from all over the region but a dispute over copyright means that the show has been completely canceled. 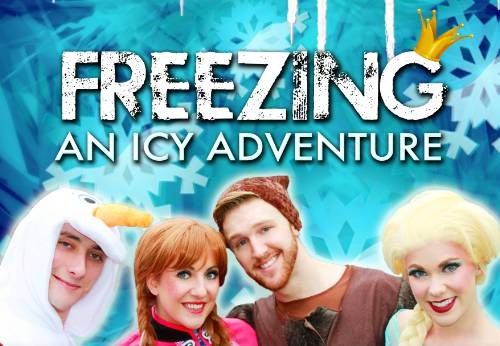 Disney’s lawyers contacted the venue to inform the production that they hadn’t obtained the correct licensing, something which came as a shock.

Promoter Carl Tebbutt told the MEN that the production believed it was covered under the licensing agreement they have with the PRS (Performing Rights Society) under whose control creators get paid for public performances.

It’s a reasonable assumption as PRS cover the vast majority of licensing in the UK. However, Disney bosses told the production that their content is not handled by PRS.

It took TF a while to find the relevant paperwork (pdf) but sure enough, Disney is one of a handful of notable exclusions. 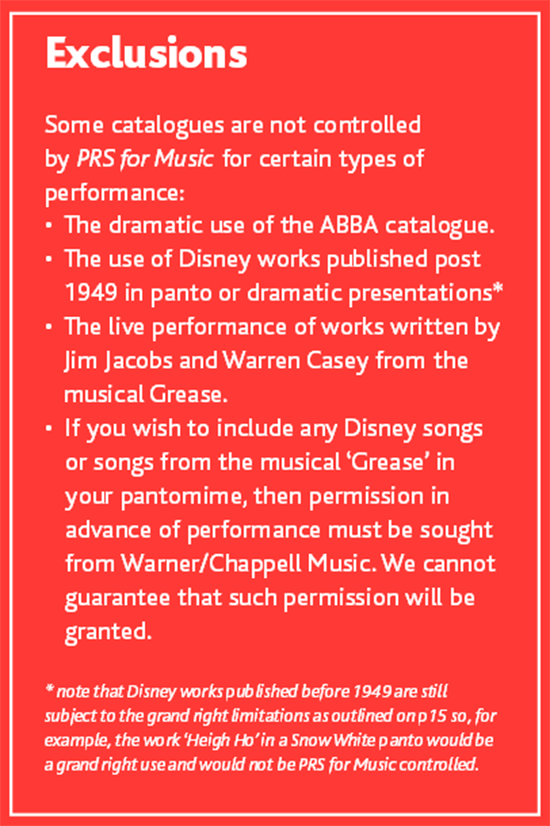 So considering the combination of a genuine mix up, the huge resources that have gone into the production and thousands of disappointed kids, Disney were prepared to grant the production a temporary license, right? Not a chance.

CANCELLED DUE TO LEGAL COMPLICATIONS

“We thought that we were covered for use of the songs by the usual PRS payment but after being approached by the Disney legal representatives this appears to be not the case.

“Rather than risk legal action we regrettably have had to cancel the shows.”

Although directed more at the United States, Disney has a website dedicated to providing information on how to obtain a performance license for its content and the company has the entire thing on lockdown. Anyone intending to perform even a small element of a show needs to have a license for the whole thing, even if they don’t intend to charge admission.

And those thinking of adding a little artistic re-interpretation can think again. Any deviance from Disney’s provided script, music and lyrics is banned and those that ignore the rules can have their licenses withdrawn.

“In the event that changes are made, your license may be revoked and you will lose the rights to perform the show at all. Please remember that when you acquire a license, you are agreeing to use your artistic vision to bring the show to life as the authors originally conceived it,” the site reads.

Parents wanting to record their kids’ performances must pay up front too.

“A school or organization must obtain a video license from [Disney licensing] before any individual records the production. Otherwise, video recording under all circumstances is prohibited,” Disney explains.

In fact, Disney is so precious over every piece of its content that even ‘right-click’ and ‘copy’ is disabled on its website. That’s easily circumvented by choosing ‘copy’ from the browser menu instead but there will be no such short-cuts for the children of Manchester tomorrow night. And they Were So Close too.