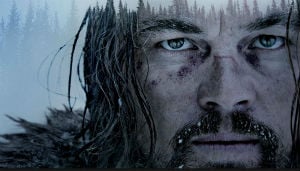 In December 2015, many so-called ‘screener’ copies of the latest movies leaked online. Among them a near perfect copy of Alejandro G. Iñárritu’s ‘The Revenant’.

Starring Leonardo DiCaprio and slated for a Christmas day release, in a matter of hours the tale vengeance clocked up tens of thousands of illegal downloads.

With such a high-profile leak, it was inevitable that the authorities would attempt to track down the individual responsible. It didn’t take them long.

Following an FBI investigation, former studio worker William Kyle Morarity was discovered as the culprit. Known online by the username “clutchit,” the 31-year-old had uploaded The Revenant and The Peanuts Movie to private torrent tracker Pass The Popcorn.

Uploading a copyrighted work being prepared for commercial distribution is a felony that carries a maximum penalty of three years in prison, so his sentencing always had the potential to be punishing for the Lancaster man, despite his early guilty plea.

This week Morarity was sentenced in federal court for criminal copyright infringement after admitting screener copies of both movies to the Internet.

After being posted online six days in advance of its theatrical release, it was estimated that The Revenant was downloaded at least a million times during a six week period, costing Twentieth Century Fox Film Corporation to suffer losses of “well over $1 million.”

According to court documents, Morarity obtained the screeners and copied them to a portable hard drive. He then uploaded the movies to Pass The Popcorn on December 17 and December 19.

“The defendant’s illegal conduct caused significant harm to the victim movie studio. The fact that the defendant stole these films while working on the lot of a movie studio makes his crime more egregious.”

Deirdre Fike, the Assistant Director in Charge of the FBI’s Los Angeles Field Office, said that Morarity had abused his position of trust to obtain copies of the movies and then used them in a way that caused Fox to incur huge losses.

As part of his punishment, Morarity also agreed to assist the FBI to produce a public service announcement aimed at educating the public about the harms of copyright infringement and the illegal uploading of movies to the Internet.

The Hateful Eight and The Revenant Screeners Leaked Online