More Than Half of All Sports Fans Regularly Pirate Content

Copyright holders are no fans of piracy. However, pirates tend to be the biggest fans of their content, whether that’s movies, games or music.

Thus far most surveys and studies have zoomed in on music and video entertainment. However, there is a massive market for sports piracy as well. With a new report, Synamedia tried to fill this gap with an extensive survey of over 6,000 respondents in ten countries.

As expected, the study found that frequent pirates are among the most engaged consumers, with 42% watching sports fixtures on a daily basis. This is twice as much as regular sports fans.

What really stands out, however, is that piracy is not a niche activity for sports fans. On the contrary, more than half of all sports fans consume pirated content at least once a month.

It turns out that finding a sports fan who has never pirated anything is quite a challenge. Of all the people who were surveyed, only 16% said that they had never pirated sports content. This is also clear from the overview of the key results, listed below. 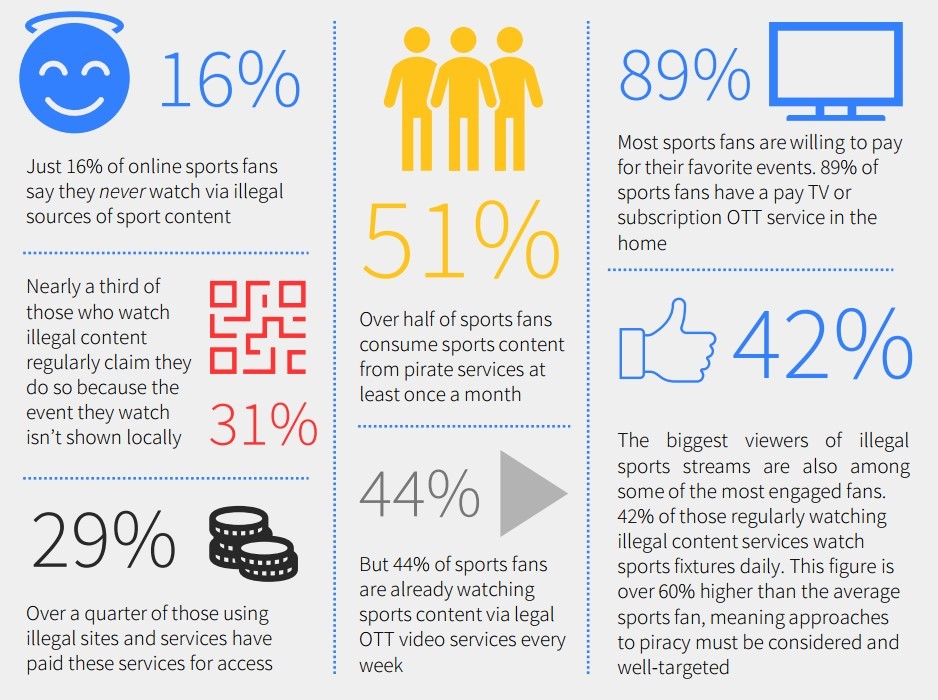 Not all sports pirates are equal, according to Synamedia. The company identifies three different groups, which each differ in their viewing preferences, content demands, and views on piracy.

The first group are the “Loyal Stalwarts,” which are mostly older men who consume a broad variety of sports content. Most think illegal services are wrong and they plan to keep their legal subscriptions. 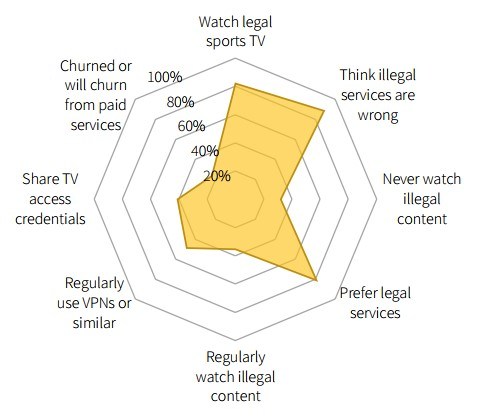 The second group covers the “Fickle Superfans.” They are younger and often have a strong focus on local and niche games and sports. These Superfans can be divided into ‘Content Plunderers’ who believe piracy is not wrong, and ‘Internet Buccaneers,’ who prefer legal content. 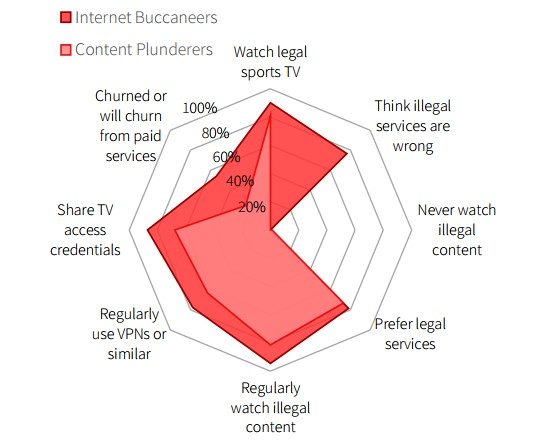 “Casual Spectators” make up the last group. As the name suggests, they don’t consume pirated content very often. This covers both ‘Ocean Explorers’ who are fine with piracy but prefer legal content, as well as ‘Silver Islanders,’ who clearly believe piracy is wrong. 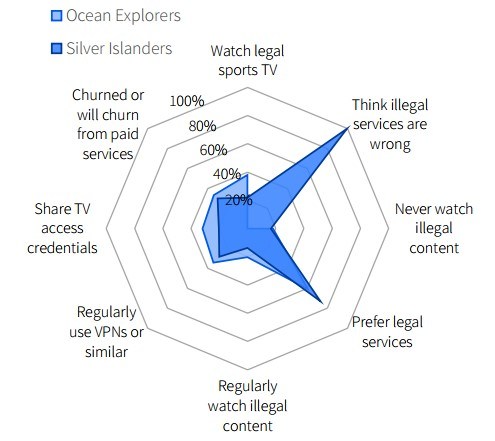 While all these different groups and subgroups are a bit confusing, it helps to convey the point that not all pirates are equal. Not by a long shot. This makes sports piracy a complicated enforcement area.

For example, some groups are worried about fines, while others clearly aren’t. Similarly, some pirates are eager to pay, while others are more likely to keep pirating.

What is important, however, is that legal options are available. If people have no way to watch something legally, they often turn to unauthorized channels.

Synamedia hopes that their research will help copyright holders and content providers to understand pirates better, even though there’s no “one-size-fits-all” solution. In any case, sports pirates should not be universally written off as cheapskates.

“Consumers who most indulge in illicit viewing are also the most engaged sports fans and potentially most willing to pay for legitimate content,” Synamedia writes.

“The challenge for rights holders and platform operators is to combine enforcement activity to frustrate illegal viewing with products that address the underlying triggers for consumers to stray. Done right there is potential to generate incremental revenue,” the company adds.

Soccer is The Number One Gateway Sport to Online Streaming Piracy