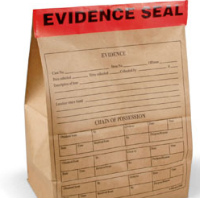 For more than seven years isoHunt and the MPAA have been battling it out in court.

After the District Court ruling against the torrent site was affirmed in March, the case is now moving towards a trial next month from which the movie industry hopes to win hundreds of millions in statutory damages.

To secure this amount the MPAA has to prove direct infringement and show that United States users either uploaded or downloaded copyrighted works. In addition, they have to show that they are the rightful owners of the files in question. The movie studios want to settle these issues before trial and recently submitted a motion for summary judgment as well as supporting evidence.

However, isoHunt’s legal team is now pointing out that the evidence is not only far from conclusive but in some accounts completely inaccurate.

The MPAA initially listed 3,947 files, all movies and TV-shows, which means that the total damages isoHunt faces is as high as $592,050,000. To prove that isoHunt was offering these copyrighted files the MPAA hired Bruce Ward, owner of the consulting firm IP Intelligence. Ward identified the “infringing” torrents by searching through a copy of the isoHunt database from 2007. He then loaded the torrents into a BitTorrent client and transferred the downloaded files onto a hard drive.

The hard drive was subsequently sent to the movie studios to confirm that the downloaded files were indeed the infringing files listed as evidence. While this sounds like a solid process, something went seriously wrong somewhere down the line.

After all the files were identified the MPAA sent the hard drive with the infringing content to isoHunt’s legal team. On the drive were the torrent files and related videos categorized in folders, each with a unique id number (BT_ID) associated with the movie IDs on the list of titles isoHunt is accused of infringing.

However, when isoHunt’s legal team inspected the contents of the drive it turned out to be quite a mess, as the torrent files were not all linked to the right files.

The mismatch between the titles provided by the MPAA and what the torrent files link to is not an isolated incident. isoHunt’s legal team has found several other examples, even though they only looked at a small selection of the files that were provided. They were unable to download all of the files in question, so they couldn’t check the actual videos.

In one case isoHunt’s team was able to download a torrent, but instead of the movie “Lords of Dogtown” it was linked to an MP3 album.

“On September 28, 2013, I launched the dot-torrent file ‘16170.torrent’ using the BitTorrent client uTorrent, which downloaded eighteen files from the Internet. I reviewed each of the files and determined that none of them is the movie ‘Lords of Dogtown’,” isoHunt’s attorney writes.

“Indeed, none of the files is a video file. Rather, the downloaded files comprise sixteen mp3 audio files, an m3u file, a .sfv file, and a .nfo file that contains textual information about the audio files. Launching the 16170.torrent file using a BitTorrent client results in a download of audio files identical to the content files Plaintiffs actually produced on their hard drive on September 19, 2013.”

The attorney doesn’t mention the name of the album in question, but it seems plausible that the MPAA confused the “Lords of Dogtown” film with the soundtrack. In any case, isoHunt’s team argues that it is far from clear that the provided evidence is sufficient to prove that all torrents link to the movies and TV-shows the MPAA lists as evidence.

isoHunt’s legal team further notes that MPAA’s method to determine the location of isoHunt downloaders contains a pretty significant flaw. In his report, the MPAA’s expert notes that he used a geolocation tool to lookup the redacted IP-addresses of downloaders from isoHunt’s 2007 log.

The report concludes that at least one U.S. IP-address is linked to each of the downloads, but apparently the investigator used a recent IP-location database to determine that. This would be a problem, since an IP-address that was previously in use by a U.S. Internet provider might be used by an ISP in a different country today.

“Plaintiffs’ analysis of direct infringements also relies on geo-location data that does not cover the time periods at issue, such that their conclusions about the locations of purported downloaders are unreliable,” isoHunt’s legal team points out.

Based on the above and several other arguments isoHunt is now asking the court to reject the MPAA’s motion for summary judgment and reserve these issues for the upcoming trial. It’s now up to the judge to decide whether the MPAA’s evidence is good enough, or whether it requires a review during the trial.