Just as you think you’ve seen it all, the U.S. mass-BitTorrent lawsuits take yet another absurd twist.

Two companies are currently battling for the right to sue alleged downloaders of Nude Nuns with Big Guns.

In March, Camelot Distribution Group first sued a group of hundreds of downloaders of the film, and last week they were joined by Incentive Capital who submitted a similar claim to the same court.

Wired.com reports that the two companies are now fighting for the right to sue these downloaders in yet another court.

Accused BitTorrent downloaders will likely have to delay confessing their sins. Before any money is handed over to one of the parties, we first need to know who has the copyrights.

Nude Nuns first appeared on BitTorrent around Christmas 2010 and has been downloaded hundreds of thousands of times since then. 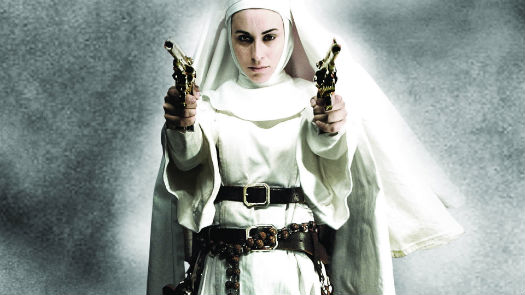