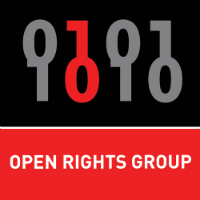 Golden Eye were seeking a Norwich Pharmacal Order. If granted it would allow them to personally identify 9,000 alleged file-sharers and write to them with a cash demand for several hundred pounds each. All were customers of ISP O2 and the ISP declined to put up a fight.

In March this year the High Court granted an order that compelled O2 to provide the personal details (names and postal addresses) relating to 2,845 IP addresses, several thousands short of the 9,000 requested by Golden Eye.

But in the event the High Court said it would not sanction “the sale of the intended Defendants’ privacy and data protection rights to the highest bidder.” The Court refused to authorize the handing over of just over 6,000 identities relating to the other rightsholders. Golden Eye appealed the decision.

Now, after doing much great work in defending citizens rights so far in this case, consumer rights group Consumer Focus are stepping aside and handing this copyright battle to the Open Rights Group. Today, ORG have announced that they have applied to intervene in Golden Eye’s appeal.

“Intervening in these sort of cases is expensive. But we also think it’s really important that we try to represent the interests of Internet users in these situations,” ORG’s Peter Bradwell explains.

“If the decision goes our way, we believe one consequence will be a more robust process for considering the data protection rights of those who pay the bill for an Internet connection.”

Bradwell says that if ORG are successful, not only will the identities of 6,000+ account holders be safe, but the legal landscape will be affected positively for the future.

“If the Court of Appeal upholds the High Court’s decision to refuse disclosure orders to companies who enter ‘enforcement only’ licenses with copyright owners, many more Internet users will in the future be protected from copyright enforcement revenue sharing schemes like this.”

Even if ORG are successful, copyright holders will still be able to go to court in order to enforce their copyrights. Nevertheless, it will stop outfits like Golden Eye from gathering together other rightsholders in one action, a critical step for reducing the possibility of large numbers of account holders being aggressively threatened as we have seen in the past.

However, legal intervention of this nature, especially in complex copyright cases, requires funding to complete. Initially ORG say they are trying to raise £5000 – you can see their fund-raising appeal here.

In the meantime, O2 are still due to hand over the identities of the 2,845 subscribers from the earlier court order. Two weeks ago, the owner of campaigning site ACS Bore informed TorrentFreak that the handover still hadn’t taken place.

Anyone receiving a letter can contact the Citizens Advice Consumer Service on 08454 04 05 06 or their local Citizens Advice Bureau. And don’t forget to contact TorrentFreak too, you can speak with us in complete confidence.