Pirate Party Turns the Tables and Spies On Intelligence Agency

Pirate parties worldwide are known for their aversion of both on- and offline surveillance.

So, when the Swedish Pirate Party found out that their local intelligence agency FRA was helping the NSA to spy on Russian leaders, something had to be done.

Turning the tables on the spying agency, three members of the Swedish Pirate Party’s youth division drove up to FRA’s headquarters yesterday, hoping they could find out more about the agency’s secretive plans.

“No politician or FRA executive wants to tell the public what they actually are doing. So we thought that we need to do a bit of signal intelligence ourselves,” Gustav Nipe, Chairman of Young Pirate tells TorrentFreak.

Armed with a large antenna the Pirates parked their purple van a few meters outside the FRA building. However, before they could set up their surveillance rig armed guards came rushing in to put a stop to their plans. 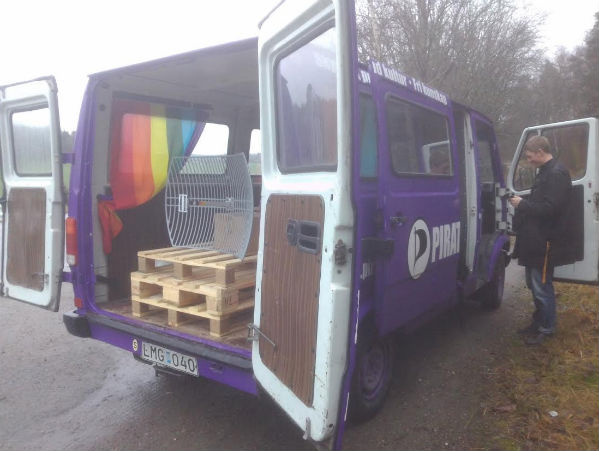 The ‘spies’ were held for 45 minutes while their vehicle was searched, with the guards filming every minute detail. The pirates were eventually released, but not before they were warned that any attempt to activate their equipment would lead to their arrest.

Looking back, the Young Pirate chairman is surprised that they were approached this aggressively, as they were not trespassing or carrying out any other type of illegal activity. “Everybody is allowed to scan the air for signals in Sweden,” Nipe tells TorrentFreak.

“It’s clear that FRA have something to hide, otherwise they wouldn’t have sent armed guards at us,” he adds.

Spying on the spies 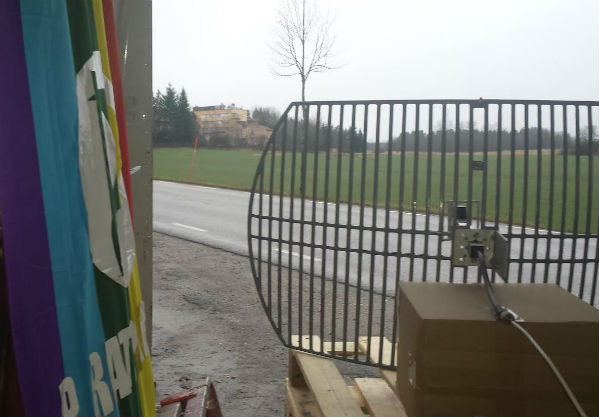 The Pirates hope that their actions have at least helped to raise public awareness about the secret surveillance practices, and the fact that those who are responsible refuse to explain what they are doing, and why.

“It is up to us citizens to try to find out what is going on. Who and what is FRA spying on? Our constitution states that all public power emanates from the people, but when we are not entrusted to know what is done with this power, we need to seek the answers ourselves,” Nipe concludes.

Perhaps a drone may come in handy next time? That worked pretty well for the German Pirate Party.