Pirate Sites and Their Users Are Suffering a Trademark Crisis 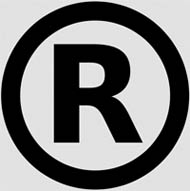 Anti-piracy activities often get plenty of negative press and when they’re overreaching and cynical, why shouldn’t they? However, in much the same way as one might have reluctant admiration for a brilliant but criminal genius, occasionally an anti-piracy strategy is also capable of generating a wry smile.

At first view the purpose of ‘pirate’ domain seizures and blocking seems obvious. Take away or reduce the effectiveness of a site’s most visible asset and that will not only hit its traffic but will also undermine its standing with users. Based on the fact that no site anywhere wants its domain screwed with, the strategy must be at least partially effective.

And it’s making a huge mess.

While plenty of people know that The Pirate Bay is still accessible on its .SE domain, fewer will be able to recall the other domains that the site now redirects to. Certainly, .la has less ring than most other TLDs, and by the time one gets to .mn and .gd, the memorable factor almost completely disappears.

Add in the fact that The Pirate Bay now has hundreds of proxies, mirrors and clones, all of which look just like the real site but are operated independently, and it’s clear to see that the real, original Pirate Bay has a branding crisis. What started off as a genuine intent to mitigate anti-piracy measures, has ended up creating a digital quagmire where nothing is quite what it seems.

But The Pirate Bay is not the only ‘victim’. There are copies of almost every key pirate site around today, some with good intentions, some with bad. There are few people out there, experts included, who can quickly and definitively tell the difference in all cases. This means that the brand images of all the major sites are being eroded by shady impostors on a daily basis.

If only there was a mechanism to stop people passing off their fake product or site as the real deal (he said without a hint of irony). Well, there is of course, but trademark protection isn’t a thing that any torrent site is going to invest much time in. Turning up in court for any kind of legal battle is well down their bucket lists, guaranteed.

But in the absence of such protection, users of those sites (or rather their nefarious clones) will suffer.

During the past week, in the wake of the YTS/YIFY closure, TF received a steady stream of emails from people who believed the operation was still running. Some pointed to sites with YIFY in the title, others pointed to dubious Facebook pages. All of them were fake, with each and every one abusing the YTS and YIFY ‘trademarks’ to further their own goals.

And of course, anti-piracy groups love this. They know that when fake sites appear they undermine the brand reputation of the genuine sites. They know that when malware gets offloaded or dodgy signups are required, people lose faith in the sites they’re trying to kill. When one thinks about it, people pirating pirate sites are doing their work for them.

With specialist branding/anti-piracy companies like MarkMonitor onboard, rest assured entertainment industry companies fully understand the value of undermining pirate branding. Their strategy is both cunning and clever too, since pirates are completely unable to protect their trademarks in the way that a normal company might. Popcorn Time tried – it didn’t get them very far.

It’s truly ironic then that if sites themselves could get trademark and copyright protection, they would be in a much stronger position than they are today. Failing that, consumers are left to try and understand which are the fakes sites and which ones are real. And for the layman that is getting more and more difficult every day.

Equally, some unlicensed services (such as Popcorn Time and Stremio covered yesterday) are difficult to tell apart from authorized products such as Netflix. Who would’ve imagined that both sides of the copyright wars would end up having the same weaknesses and vulnerabilities?

…and their respective branding efforts undermined by pirates….