Torrent Admins Get Probation But Face Millions in Damages 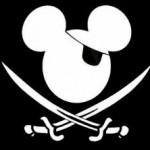 Five years ago, pressure was building against Swedish private torrent tracker ‘eXcelleNT’. The site, known to its users as XNT, had been on the radar of local anti-piracy outfits for some time, but had chosen not to shut down.

Behind the scenes, Swedish anti-piracy group Rights Alliance (then Antipiratbyrån) was closing in and early 2011 the group filed an official police complaint.

In May that year authorities pounced, arresting a man in Borlänge, Sweden, and another in the Stockholm area a day later. The site’s server was seized in Germany.

What followed was a wait of more than three years as the authorities prepared their case and in December the men went on trial. The pair were accused of making available more than 1,000 different movies and TV shows without permission from rightsholders including Warner Bros. and Disney.

Yesterday the verdict was handed down by the Falu District Court and it’s mixed news for the pair.

Although 1,050 titles were referenced in the case (an unusually large amount), the court only found the men guilty of copyright infringement in 28 cases. In the remaining 1,022 cases there was no proof that infringement had been committed.

This meant that rather than the hefty jail sentences demanded by the prosecutor, the 24 and 25-year-olds received probation and were ordered to complete 120 hours of community service instead.

Speaking with DN.se, prosecutor Frederick Ingblad, the man also running the case against The Pirate Bay, says he has not decided if he will appeal the decison.

“I think the sentence was low, but it’s good that they still got community service and not just probation,” Ingblad said.

But while probation is probably a relief to the men, another significant challenge lies ahead.

The judgment reveals that film company Nordisk Film has also filed a claim for damages amounting to some 18 million kronor ($2.2 million). This will be dealt with through a separate legal process handled by Rights Alliance.