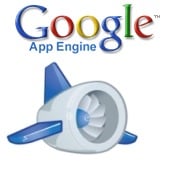 In their defense, operators of BitTorrent sites often argue that they do nothing more than Google does. They offer a search platform for people to find content on the web, specifically torrent files. To a certain extent they are right, Google can be used to find torrent files in several ways.

For example, the mother of all search engines has a special search command that allows you to find torrent files scattered across the Internet.

It is quite clear that there are several ways to find torrents through Google. However, just finding torrents is not enough. In order to download content through BitTorrent successfully, one also needs a working tracker in order to locate those all-important peers. Luckily Google can help here too.

By using Google’s App Engine, everyone can run a tracker without having to invest a single dime in hardware or bandwidth. The only problem is making the tracker compatible with the App Engine, but thanks to the newly released Atrack software it is a piece of cake to set one up.

The Atrack Bittorrent tracker is designed to run on Google App Engine and its main goals are a minimal memory use, speed, low bandwidth usage and efficient CPU use. On top of this the tracker wont store any data at all, making it as secure as possible for its users.

“Atrack also aims to respect your privacy: other than what is needed for the most basic tracking, Atrack gathers no information whatsoever. Beyond that no aggregate statistics are kept of anything, and nothing is stored permanently anywhere, not even hashes and ip/ports,” the Atrack team writes.

So now everyone can set up a standalone BitTorrent tracker at no cost aside from the the time it takes to set things up. The Atrack software is released into the public domain, and a test tracker is up and running on Google’s App Engine.