Every year, the entertainment industries celebrate their stars in various award ceremonies.

From the Oscars, through the Grammys, to the Emmys, there’s no shortage of spotlights for the finest performers.

This week the Audiovisual Anti-Piracy Alliance (AAPA) launched an award of its own, to praise those who protect the entertainment industries.

The award ceremony took place at Europol’s Intellectual Property Crime conference in Budapest, Hungary. The anti-piracy division of the Spanish police came out as the big winner.

Together with AAPA member Irdeto, the Spanish Police played a key role in several successful operations. This includes the shutdown of an ISP in Malaga which offered unlicensed IPTV subscriptions, as well as “Operation Casper,” through which a large IPTV piracy ring was dismantled.

“Irdeto has been working with Marlene and her team on cases such as Operation Casper and Y-Internet and I can testify personally to the commitment, dedication and skills demonstrated by her and the team,” Mulready says. 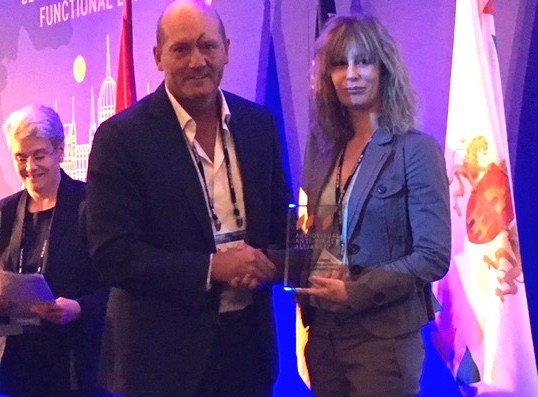 The runners-up for the Anti-Piracy award were a team from the National Bureau of Criminal Investigation, a branch of the Irish Police, and Bogdan Ciinaru of Europol’s IPC3 unit.

The AAPA is mostly concerned with audiovisual piracy so the new award has its limitations. The winners all directly protected the interests of several of the group’s members, which made them prime contenders.

“The work done by our three award recipients in fighting audiovisual piracy is of enormous value to the industry. It sends a clear signal that piracy will not be tolerated and law enforcement has the resources, skills and expertise to investigate this crime and bring the perpetrators to justice,” Mulready says.

“We hope that these awards will help encourage others to take up the fight against audiovisual piracy and we are ready to support those efforts,” he adds.