Anti-Piracy App Aims to Educate People About the Music Biz 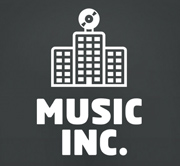 Over the past 15 years the major recording labels have tried pretty much everything in their quest to reduce online piracy. They’ve sued site operators, sued users, tried to have users blocked by their ISPs, actually had sites blocked by ISPs. None of it seems to have had much effect.

Perhaps one of the less offensive approaches from by the industry has been to try and educate people away from unauthorized music consumption. It’s hard to say whether that has had any effect either but today they’re having another go, with the release of a new app for iOS and Android.

Music Inc., a collaboration between industry group UK Music and the Intellectual Property Office, puts the player in the role of a manager seeking to build a music empire. From humble bedroom beginnings, the player is first required to take on an unsigned artist. 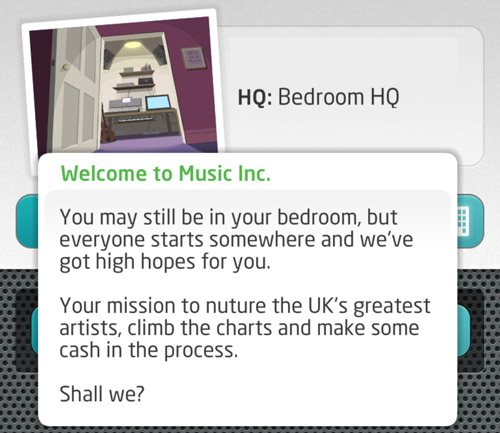 From the start it becomes clear that this game will be all about managing money. With just £1,000 to launch the business, the player has a choice of spending anywhere from £100 for an artist with 150 fans to £700 for one with 500. Each artist has a rank for artistry, charisma and motivation. We selected a ‘Grime Rock’ band called Parachute for a £500 advance and prepared to serve their 750 fans. 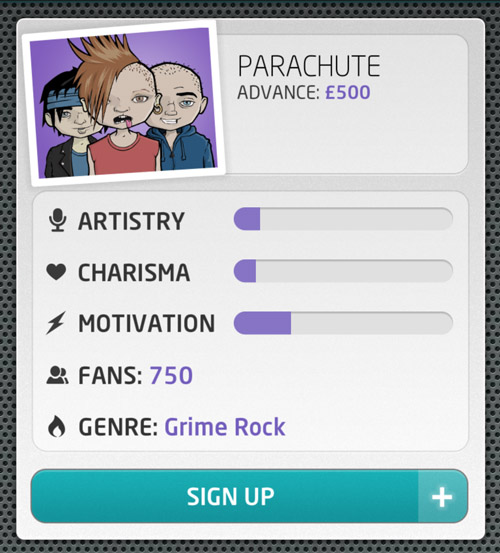 From there it was straight into the studio to lay down some beats, either by letting the band create their own music or teaming them up with another perhaps-more-well-known artist in order to get noticed more easily. This latter option costs more money, obviously.

Composing a song is as simple as pressing a button and waiting for four dials to spin round. When they’re done you can release the song, with toggles for whether the track should go out on physical (CD presumably, expensive), download or streaming (zero cost), or any combination of the three.

At this point a graph starts to plot sales – and pirate downloads – followed by an apparently persistent message that Parachute’s song hadn’t made the charts. Spending available money on PR didn’t seem to help much, neither did playing a festival. Hopefully spending more money later in the game would change that. 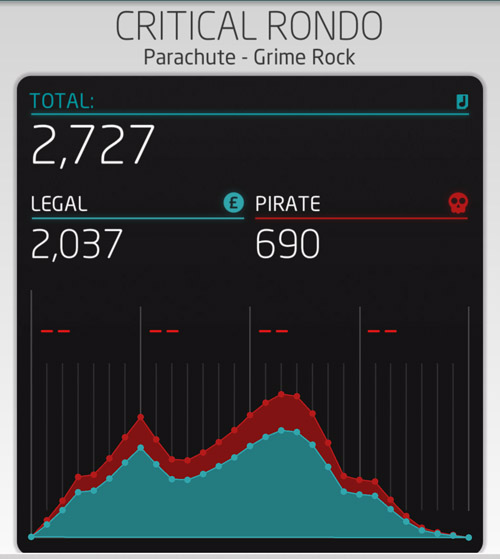 Throughout 40 mins or so of playing, piracy rates drifted between the 29% to 34% marks, a far cry from the 90%+ claims of the real-life music industry. Choosing a streaming-only release did boost piracy rates to around 37% but that didn’t feel too bad when placed along the joy of having one of the band’s songs featured in a department store’s Christmas advert. However, this was quickly followed by the first big in-game piracy event. 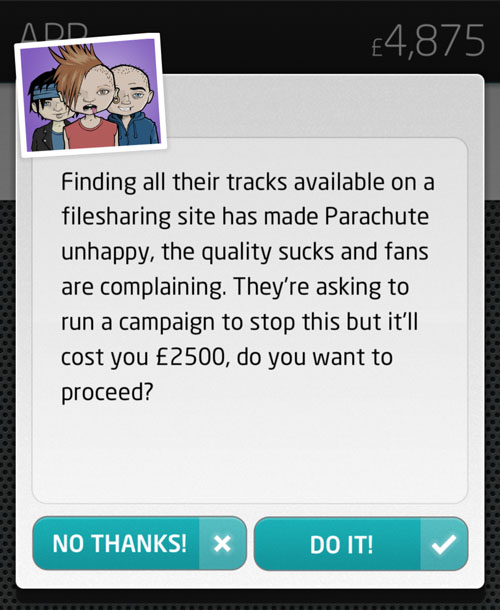 Apparently Parachute’s music had been made available on a big file-sharing site, something which upset the band quite a bit and saddened the fans due to the copies being of bad quality. Did I want to invest £2,500 in an anti-piracy campaign to stop my little cash cow leaking money to pirates? YOU BET!

Excited by the prospect of having defeated piracy, I got Parachute to release a new song straight after the campaign had finished and eagerly watched the sales stats come in. Sadly the campaign had been poor value for money and piracy rates were still at roughly 30%.

But then, out of nowhere, more good news! Following some high-profile legal cases and prosecutions of file-sharers a temporary downturn in piracy was reported. Time to get another song out, obviously. Done. Piracy rate = just over 31%.

Desperate to escape the pirate scourge and the humdrum of bedroom life I invested in a fancy studio. Sadly this only got me in debt with the bank and with mediocre sales things were looking bad. Then the band got “overtired” from attending too many premieres and parties and lost motivation to record more songs. Great.

In debt with the bank I couldn’t afford any more CD releases and had to go exclusively with the download and streaming options, which brought in hardly any money for the band’s (in)appropriately titled swan-song “Gilded Smegma”. And with piracy at a persistent 30%, I quickly realized that not only was the music industry not for me, but I had also grown tired of the game. 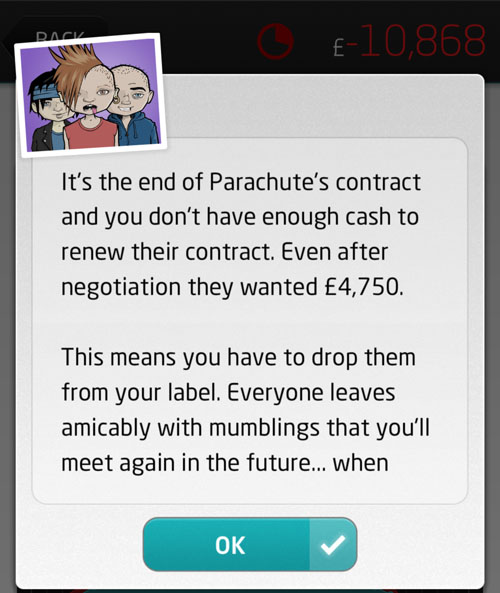 Music Inc. is well presented, graphically neat and may yet turn up some excitement in the later stages of the game. There may also be a deeper element to the game strategy that a 45 minute play through failed to release, so you should head over to the App Store and Google Play and give it a try just to be sure.

However, as a vehicle for explaining about the effects of piracy, everything felt pretty random. Different strategies failed to affect infringement in any significant way, leaving the player with the feeling that nothing much could be done about it. Of course, it is entirely possible that was the idea…..

But the real shame here is that an opportunity has been lost to promote what this app should really be about. This app was created by UK Music, the group that represents the interests of the UK music industry. But aside from the odd click and a bleep, the app is entirely silent, totally disconnecting the player from the product they’re supposed to be supporting.

The industry is often criticized for thinking too much about the money and not enough about the artists and the music. This app only reinforces that.