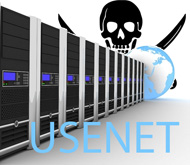 It’s one of the oldest methods for sharing large files online but despite advances in modern technology, Usenet (also knows as newsgroups) still has a considerable following among enthusiasts.

While it can be used for a multitude of other things, Usenet’s popularity and longevity have certainly been boosted by the mountains of copyrighted content that exist on the sprawling system. Over the years, finding such content has been made more simple with the assistance of indexing sites, which in broad terms operate like torrent portals, offering links to content without actually storing it.

Popular with users, these sites can also attract the attention of anti-piracy groups, Netherlands-based BREIN in particular.

BREIN Took Down Five Indexers in 2021

Unlike the majority of enforcement entities, Dutch anti-piracy group BREIN has maintained its interest in tackling piracy on Usenet and in 2021, that position remained unchanged. The group says that last year and following consistent pressure, a number of uploaders and site administrators decided to “quit their illegal practices”. In total, five Usenet indexes shut down.

BREIN rarely names the sites it takes offline but due to their profile, some are particularly visible. In August 2021, for example, Usenet indexer NZBXS agreed to shut down and as part of a confidential settlement, agreed to hand over the personal details of some of the platform’s users.

These kinds of deals are important since at least in part, obtaining sensitive site and user data gives BREIN the opportunity to support and escalate existing investigations or even launch new ones.

In the same month, Newzbin – another portal popular with Dutch users – took the decision to shut down, citing a wariness among uploaders of linking to copyright material. There can be little doubt that BREIN’s actions played a major role here too and the group warned that it would keep pursuing Newzbin’s operators, despite the shutdown.

While BREIN doesn’t have a strong reputation for targeting low-end consumers of pirated content, those that become part of the ecosystem by uploading or even linking to copyrighted material can become a target.

BREIN says that following its investigations, in 2021 it identified and approached 38 uploaders, some of whom took the option to settle their cases by agreeing to pay a cash settlement. In total, BREIN says that during the year it collected more than 260,000 euros (around $290k) in settlements from pirates, who are usually required to cease-and-desist from the activities moving forward to avoid further action.

The overall amount suggests an average payment to BREIN in excess of 6,800 euros per uploader but in some cases it’s clear that some people can be asked to pay more. The amount depends on what evidence BREIN holds on pirates’ offending but also their status in the ecosystem, with the latter having the potential to push settlements higher.

As an example, BREIN mentions a specific case against a man from Alkmaar in the province of North Holland. According to the anti-piracy group, the man was active for years under various aliases as an uploader on Usenet and as an administrator of various sites with links to illegal content. He did not earn money from his activities but BREIN says the damage he caused was considerable.

“BREIN addressed the man after an in-depth investigation yielded his identity and name, address and place of residence. Following BREIN’s legal action, the man chose to settle by paying 10,800 euros and provide information about other parties involved. For the future, a penalty clause has been agreed of 2,500 euros per day (or part thereof) that infringement occurs, with a maximum of 50,000 euros,” BREIN reports.

In terms of overall importance in the global piracy ecosystem, Usenet isn’t as significant as it once was but in the Netherlands at least, BREIN is set to ensure the copyright infringement free-for-all doesn’t go unchecked.