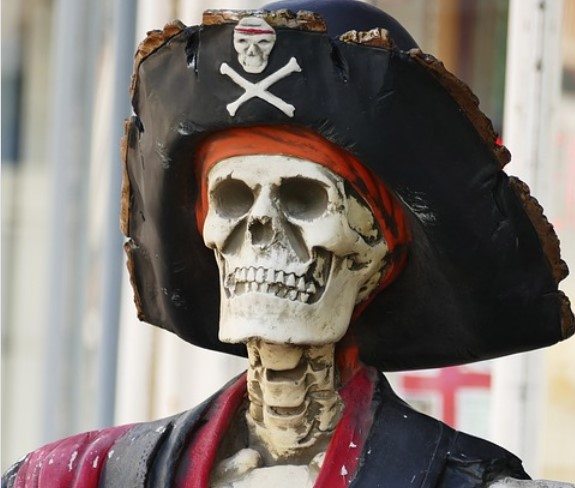 The Protecting Lawful Streaming Act (PLSA), as it’s called, was only introduced a few days prior and was approved without any notable debate. This stands in sharp contrast with earlier ‘felony streaming’ plans, which in part triggered the SOPA and PIPA protests.

Copyright holders, however, never gave up on the idea. They continuously stressed that streaming piracy should be brought on par with downloading infringing material and with the new law, their wish is granted.

The new proposal amends US copyright law by adding a section that allows commercial streaming piracy services to be targeted while leaving individual streamers out of the crosshairs.

Tailoring the bill to commercial services is an important distinction that makes it more balanced than earlier versions that were proposed in the past. This means that average YouTube and Twitch streamers have little to worry about.

Needless to say, Hollywood is happy with the new law which should make it easier to shut down streaming sites. This includes veteran producer Gale Anne Hurd, who’s known for The Walking Dead and the Terminator trilogy.

In an op-ed published by Deadline this week, Hurd notes that the law comes just in time as piracy has “become more popular than ever” during the COVID pandemic, referring to statistics released by MUSO last year. Although she doesn’t mention that the numbers subsequently dropped to new lows, the sentiment is clear. Piracy has to stop.

This is where the new felony streaming law can do wonders. According to Hurd, it allows US law enforcement to swoop in and start shutting down pirate streaming services.

“But now, with the passage of the PLSA, U.S. law enforcement can finally start to shut down these for-profit criminal enterprises,” Hurd writes, adding that this will result in a spectacular boost in revenues.

“With its passage, we can anticipate that legal digital sales and rentals will increase by as much as 10%, which will inject billions of dollars in stolen revenues back into the struggling legal economy, helping to bring back jobs for creatives who have been hit hard by the pandemic.”

While we don’t want to ruin Hollywood’s party, we seriously doubt that they can count on billions of dollars in extra revenue. Nor do we think that the law will trigger a 10% decrease in piracy.

If history has shown anything it’s that the piracy ecosystem is extremely flexible. When one site shuts down, people simply move on to the next. Over the years the U.S. Government has already launched several criminal prosecutions against alleged pirate sites, including KickassTorrents and Megaupload, but that hardly made a dent.

In her article Hurd also mentions the Megaupload case, acknowledging that this didn’t stop piracy. The producer argues that it helped to slow things down, which may have been a temporary effect, but the academic literature is divided on this topic.

Hurd also notes that the new law may dissuade some people from starting a pirate streaming site or service. This seems more likely indeed, but even then, there are always people who are willing to enter the criminal realm as long as they can make enough money.

If we look back at the past two decades, we see that thousands of torrent sites and download portals were launched, even though the operators were at risk of being criminally prosecuted. Why would that be different with streaming?

But for a minute let’s assume that piracy will indeed plunge this year. Would that really result in billions of extra revenue? Where would all that money come from?

Where Are Those Billions Coming From?

Research has shown repeatedly that pirates are already the most prolific media consumers. They often turn to unauthorized channels to complement the demand they can’t afford or are not willing to spend.

Will these people shift their spending habits when they can’t pirate – which means they can’t do other things with that money – or will they simply consume less? Admittedly, some people may trade in their pirate IPTV subscriptions for legal alternatives, but will that generate billions in revenue?

All in all, we agree with Hurd that the felony streaming bill will benefit the movie industry. It may deter some people from starting a pirate service. However, Hollywood shouldn’t be disappointed when those billions of dollars don’t come pouring in immediately.