DMCA takedown notices give copyright holders the ability to remove copies of their content from websites that have no right to distribute them. Billions of similar notices target search engines that carry links to similarly infringing content.

Numerous scandals over the years have highlighted how sloppy notices have wrongfully targeted legitimate content but more worrying are those that appear to be calculated and malicious. These were once relatively rare but it now appears that some people view DMCA notices as the preferred weapon to silence rivals or disrupt their businesses.

Bogus notice senders sometimes impersonate known companies, Reddit for example, in order to appear more credible. But how far can they push this approach? Into the realms of the ridiculous, apparently.

Early May, Google received a DMCA takedown notice requesting the removal of 76 URLs from its search engine. The vast majority of those links target sites offering Android APK files with most if not all relating to YouTube, including URLs for the popular ‘Vanced’ and ‘NewPipe’ apps. But would Google-owned YouTube really target itself with a takedown notice?

The information in the image above suggests that might be the case. YouTube is listed as the sender (on behalf of Google LLC), Google LLC received it, and Google LLC submitted it to the Lumen Database. However, moving to the text of the notice it’s clear that whoever wrote it doesn’t understand that a company owns YouTube’s app, not a person.

“The following websites distribute modified, cracked and unauthorized versions of my app ‘youtube’, which can only be found officially on Google Play,” it reads, adding in the official Play link for authenticity. 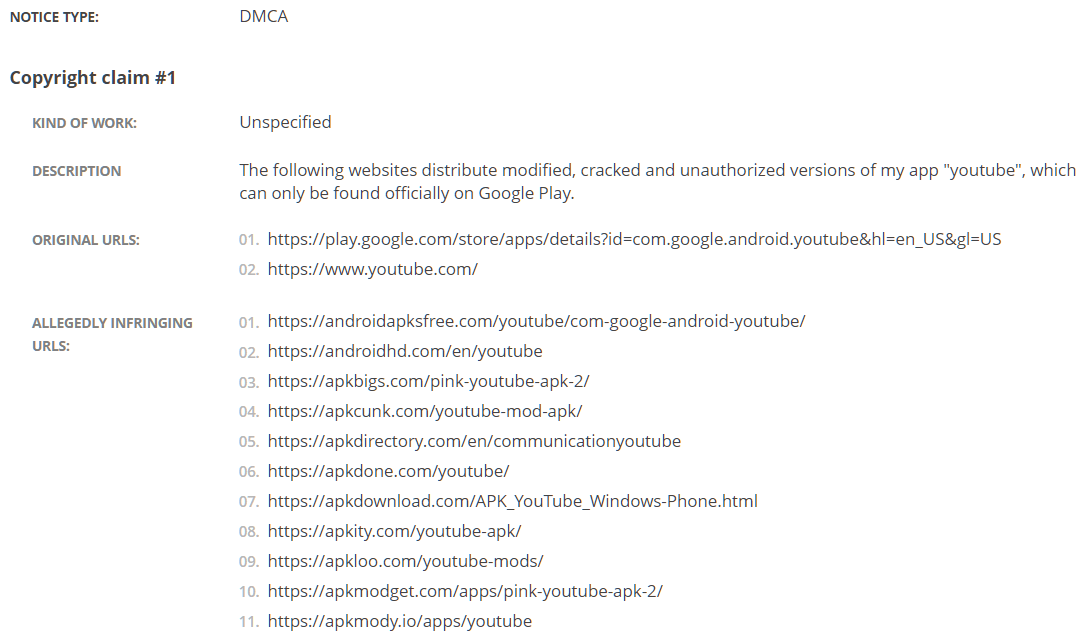 Fortunately, Google consulted Google and discovered that the Google DMCA notice it allegedly sent to itself to protect YouTube was actually bogus (Lumen copy here).

None of the links in the notice were removed which is good news for Google (the real one), since the targets include YouTube’s official Github repository. Plus an Indian bank, pages on Stack Overflow and XDA Developers, and links to Microsoft.com and Apple.com, for good measure.

In a sane world that would be the end of the nonsense, but no such luck. Our searches also turned up several additional bogus notices that impersonate entities including Spotify, Meta (on behalf of Instagram), WhatsApp and Microsoft, the latter to prevent Minecraft piracy. They are in the same format and were probably sent by the same person.

These are not isolated incidents but after investigating many similar suspicious notices, a pattern does begin to emerge. While all of these notice senders claim to be protecting companies’ rights, their submissions to Google are unprofessional and lack credibility. They also appear to have similar targets, no matter who is listed as the sender or ultimate copyright holder.

A ‘reporting organization’ (listed as ‘Bsa’) has sent DMCA notices in the names of Google LLC, beIN Sports, TikTok, and Roblox in recent weeks. It even sent a complaint to Google on behalf of Netflix, ostensibly to protect Spotify’s rights.

These notices target more than 2,000 URLs based on several claims, including that they offer apps that bypass in-app payments, allow people to view 18+ content, or provide access to unlicensed TV broadcasts.

In common with the notices detailed earlier, these too are unprofessionally presented but seem to have a different author. Google appears to have spotted issues and refused to take down 1,725 links but as the image below shows, some were able to get through. 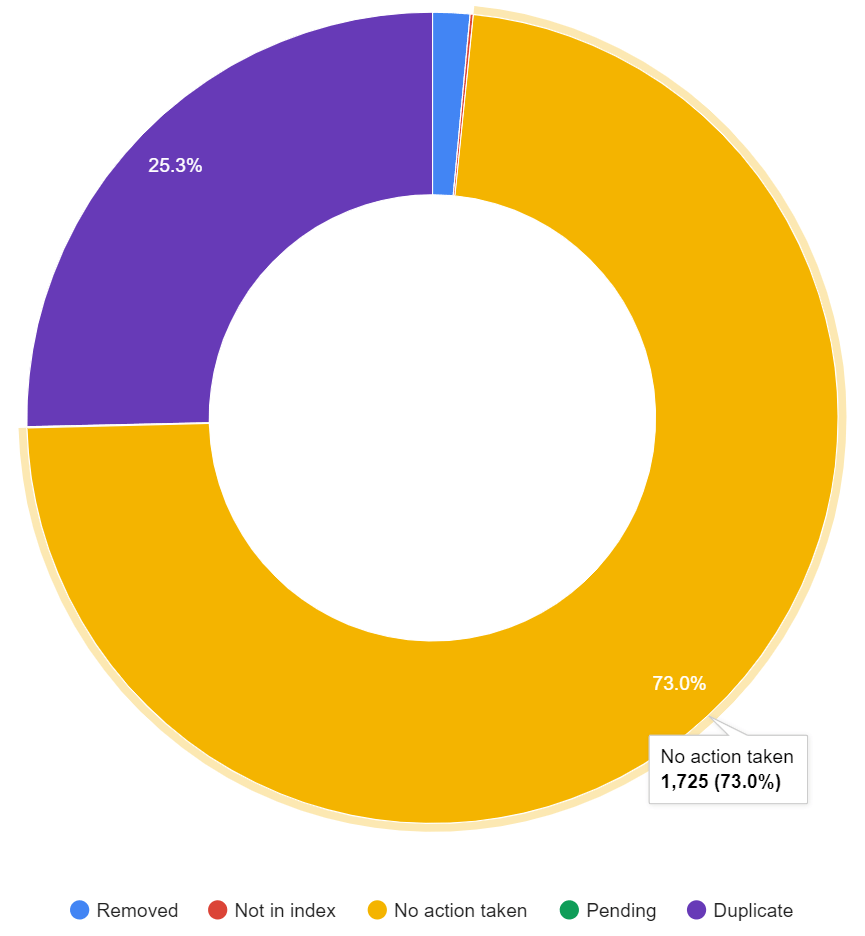 What all of these notices have in common is that no matter who sent them, their main targets are sites that offer Android APK files.

If we rule out the remote possibility that we’ve stumbled across a group of Good Samaritans acting altruistically to protect the interests of major corporations in the names of others, these notices could be designed to make certain APK platforms less visible, thereby damaging their traffic.

Who might be motivated to do that is open to speculation but at least for once, it is unlikely to be copyright holders.