While the music and movie industries are still developing strategies to deal with illegal file-sharing at the end-user level, tackling Internet companies remains a key component of their anti-piracy arsenals.

While pressure is maintained against search engines and sites such as YouTube, not all Internet-based companies are as willing (or indeed easily able) to cooperate due to the way they are setup. One such complication arises from the continued availability of illicit content on the worldwide Usenet (newsgroup) system.

Considering the masses of copyright-infringing content uploaded to Usenet, legal action against companies that provide access to the system is relatively rare. Adult publisher Perfect 10 fought battles against Usenet giant Giganews and five years ago the RIAA crushed Usenet.com in the what was probably the most significant victory of its type.

This week in the latest action against a Usenet supplier, German anti-piracy group GEMA reported a new victory against Aviteo Ltd, the Munich-based operator of UseNeXT.

For years the music-focused rights group has been pressuring UseNeXT claiming that tracks from its repertoire are being made available for illegal download via the company’s services. UseNeXT isn’t responsible for putting the tracks online and they weren’t necessarily placed there by a UseNeXT user, but GEMA wants the company to take responsibility.

This week GEMA obtained an injunction against UseNeXT / Aviteo Ltd at the Hamburg Regional Court in respect of a sample 10 tracks from GEMA’s repertoire. The injunction is the latest development in GEMA’s long-running legal battle with UseNeXT. 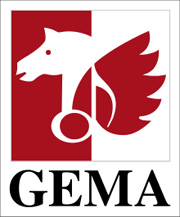 The dispute dates back to 2006 and has already resulted in a pair court injunctions issued in 2007 and 2010, each ordering the provider to do more to protect GEMA’s rights.

“The adoption of this [latest] injunction is a positive signal for all rightsowners,” said GEMA CEO Dr. Harald Heker.

“It confirms that services whose business model is based on the illegal downloading of protected works and thereby make a profit, have a duty towards rightsholders.”

The precise details have not yet been made public, but according to GEMA the injunction “extends the responsibility of services providers towards rights holders” in the event that copyright works are continually made available.

“In such a case, the service provider has an obligation to eliminate the danger created by him for illegal use of protected content, through the use of an appropriate filtering system, or if necessary, even the closure of the service,” GEMA said.

Perhaps unsurprisingly, UseNeXT have a different interpretation of the decision. The company says that it only provides access to the Usenet system and has no control of the content to be found there. It is common practice, UseNeXT says, for copyright holders to send takedown notices to the actual server operators so that files can be removed from newsgroups.

In a sure sign that this battle is far from over, UseNeXT / Aviteo says it will appeal.