For the fourth time in a row the Pirate Party broke the 5% threshold which is needed to enter parliament.

According to the latest exit polls the Pirates received 7.5% of the total vote which translates into 18 parliament seats.

Today’s win is perhaps the most important of all as North Rhine-Westphalia has the largest population of all German states.

Previously the Pirates won seats in Berlin, Saarland and Schleswig-Holstein. If the current trend continues the party has a serious shot at entering the national parliament after the next elections.

Pirate Party founder Rick Falkvinge has a detailed analysis on why the Pirates are doing so well in Germany. 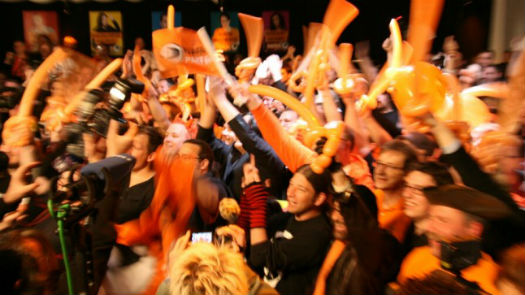