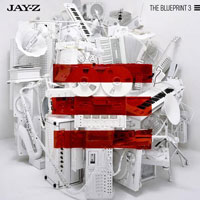 Thanks to an early leak, the eleventh studio album by Jay-Z is now expected to arrive in stores in the US on September 8, three days ahead of its original release date.

Despite efforts by the record label to prevent the leak from spreading, it is now widely available on BitTorrent and other file-sharing networks.

According to our most recent statistics the album has been downloaded by some 400,000 people on BitTorrent alone in the past days, making it last week’s most pirated music album.

Afraid that holding back the album longer than necessary would result in a loss in sales, it was decided that the album should be available as soon as possible. Rhapsody already offered the album for sale since yesterday, and the other stores will do so this Tuesday.

Pre-release leaks are feared the most by music labels because they leave fans with no other alternative than to pirate. For those who’d like to listen to the album before they go out and buy it, the full Blueprint 3 album can also be streamed over at MTV’s … ‘The Leak‘.