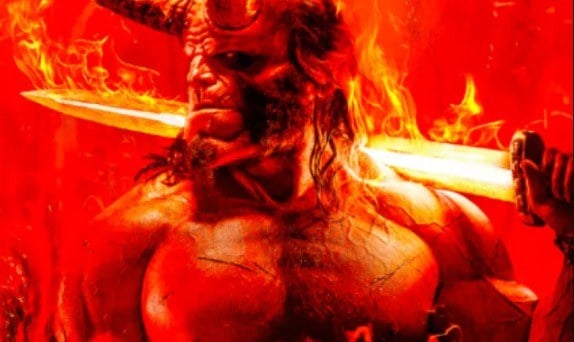 Up until a few years ago, MKVCage was a popular torrent portal that also uploaded its torrents on other sites.

This ended abruptly when the makers of the superhero film “Hellboy” took the site’s operator to court the summer of 2019.

Movie company “HB Productions” accused the site and its Pakistani operator Muhammad Faizan of promoting and distributing pirated copies of the movie, hoping that this would put an end to the activity. And indeed it did.

The lawsuit had an almost immediate effect as the torrent site became unreachable soon after the case went public. At the same time, MKVCage stopped pushing torrents to other sites as well. This meant that part of the plan had succeeded but HB Productions also wanted financial compensation.

Since Faizan didn’t show up in court, the movie company’s attorney Kerry Culpepper requested a default judgment. Initially, the filmmakers asked for $270,000 in copyright infringement damages. This figure was based on the number of alleged infringements multiplied by the Blu-ray retail price.

The court wasn’t convinced by this calculation and the film company later changed its request to $150,000, which is the maximum statutory copyright infringement damages for a single work.

Despite this change, Judge Mansfield still wasn’t satisfied. He questioned whether the defendant, who didn’t put up a defense, could actually be sued in America. In 2020, the default judgment was denied based on the argument that a US court doesn’t have jurisdiction over the Pakistani defendant.

The filmmakers were not happy with this outcome and filed an amended complaint, hoping to fix the shortcomings in their allegations. Initially, this renewed effort appeared to fail as Judge Mansfield still found the provided evidence insufficient. Last month, however, US District Court Judge John Michael Seabright reached a different conclusion.

According to the court, the Internet has transformed how foreign defendants interact with the United States. In this case, the defendant used US-based servers from a remote location, which is sufficient to invoke liability.

With this ruling in hand, the case was sent back to the Magistrate Judge who now recommends granting the $150,000 default judgment because all factors weigh in favor of the filmmakers. This includes the alleged damages, which are substantial.

“The Court finds that the amount of money at stake is significant relative to the cost of continued litigation, especially considering Defendant’s location outside of the United States and Plaintiff’s alleged actual damages totaling $270,902.58.

This means that a default judgment against the MKVCage operator is warranted but a separate evaluation of the scale of the damages is still required.

Here, Judge Mansfield also agrees that the maximum statutory damages award is appropriate. These damages are meant to compensate the filmmakers, but also to punish the defendant.

The Judge agrees that the infringements were willful. Among other things, the site operator initially relocated the site to a new domain when the lawsuit was filed.

“When Defendant received notification of this lawsuit, Defendant created a new website, ‘mkvcage.nl,’ hosted by a completely different servicer […] so that Defendant could continue his infringing activities.”

All in all, this means that awarding $150,000 in statutory damages is appropriate.

“The Court finds that awarding maximum statutory damages under the Copyright Act is appropriate to deter and punish Defendant’s conduct and to compensate Plaintiff,” Judge Manfield adds.

There’s also a small disappointment in the recommendations as not all of the requested costs and fees were granted. Nevertheless, the proposed $150,000 damages award is still a big win.

This means that, after repeated back-and-forths, the film company can get most of what it asked for. The court still has to adopt the recommendations from the Magistrate Judge, but the biggest hurdles have been taken.

A copy of the full findings and recommendations, issued by Magistrate Judge Manfield, is available here (pdf)

Torrent Site Admin and Uploader Can’t Be Sued in US