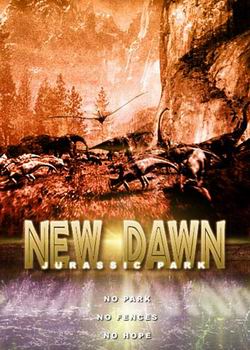 Possibly the most popular film of the early nineties, Jurassic Park made more money at the box office than any film before it, and was only topped only by Titanic some years later. This was before the Internet, in 1993. 14 years later and the script to the fourth sequel has been leaked and uploaded to BitTorrent.

The script was uploaded to a popular semiprivate BitTorrent tracker by a certain “xbadwolfx” 6 days ago. He claims that it is the original copy, and that he has “friends in the company”, but reminds downloaders that the production team might have made slight changes to it after the time of his receiving it.

Despite those discrepancies, the script itself seems to be legitimate. According to the uploader, it is confirmed that all the original Jurassic Park (1) characters are back. What’s yet to be seen is whether Hollywood will actually go ahead and make this movie.

We’re not linking to the torrent for obvious reasons. Although, it’s rather easy to find.

Update: Turns out, the script’s a fake. I guess we should have taken a hint when we found three different titles for the movie. Thanks to Icaterus for letting us know.