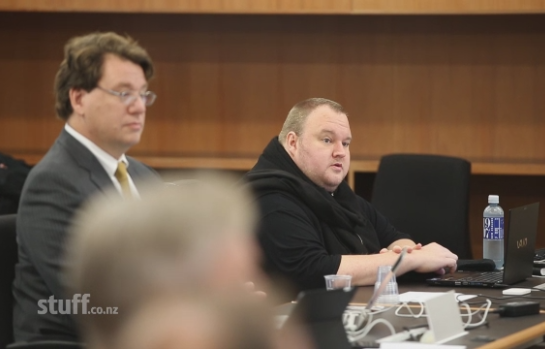 The now-infamous Megaupload case has been treading a tortuous legal path for more than eight years in New Zealand.

The United States Government wants Kim Dotcom, Mathias Ortmann, Bram van der Kolk, and Finn Batato, physically delivered as quickly as possible, to face what has been billed as the largest copyright infringement lawsuit of all time.

After several lower courts determined that the Megaupload defendants should indeed be extradited to the United States, in June 2019 the New Zealand Supreme Court heard the hugely controversial matter. The ‘Megaupload Four’ are hoping that the country’s highest court will see things differently and deny the United States an opportunity to try the men on US soil.

When we spoke to the serial entrepreneur last year, Dotcom wasn’t optimistic.

“I expect a 3:2 majority in favor of extradition because three of the five judges were appointed by the National Party and the former Attorney General who was responsible for the actions taken against me in New Zealand. This is a political case and it will most likely be a political judgment,” he said.

Dotcom: Case is Political, Majority of Judges Will Approve Extradition

A specific date for delivery of the judgment is pending but if Dotcom’s ramped-up social media presence and activity is any barometer, it may be looming on the horizon. However, more than 12 months later, Dotcom doesn’t believe that much will have changed in his favor.

The panel of judges deciding on the case of Dotcom and his former colleagues consists of Winkelmann CJ, Glazebrook, O’Regan, Ellen France and Williams JJ. In Dotcom’s opinion, at least three of these judges are problematic due to their links with the former National Government.

“As I said before the Supreme Court is going to do a hatchet job in my case because of National appointed Judges: France, Glazebrook & O’Regan (the majority). In my opinion their loyalty is not with the law but with the party that appointed them. It’s a political case. You’ll see,” he wrote on Twitter last week.

At least one of the judges does meet with Dotcom’s approval, however. CJ Helen Winkelmann was sworn in as New Zealand’s 13th Chief Justice on 14 March 2019 and the Megaupload founder seems to think she provides a beacon of hope in this long-running matter.

“I believe in the Chief Justice of New Zealand Helen Winkelmann. She knows what her fellow Judges are doing and why. She understands the injustice my family had to endure. She knows the U.S. govt is a rogue operator and how important it is for New Zealand to regain independence,” Dotcom said.

Dotcom Calls For Judgment to Be Subjected to Intense Legal Scrutiny

In advance of any judgment, Dotcom is applying pressure to ensure that whatever the outcome, the eventual reasoning of the judges is placed under intense scrutiny.

In a Friday tweet, Dotcom invited law professors to have their students analyze the Supreme Court’s decision, with the full support of his legal team in the event of any data requests. He then sent out another communication, this time directed at the judges handling his case.

Dear Supreme Court Judges, over 20 law schools have declared interest to peer review your upcoming judgment in my case.

Don’t underestimate the power of the Internet. It’s only the reputation of the New Zealand judiciary on the line, and yours.

No pressure. Take your time ?

Dotcom has long insisted that the New Zealand Government continues to withhold information that his team is legally entitled to, claiming that to release it would harm the country’s standing with the United States. This, he says, means that citizens’ rights under the Privacy Act come second when the United States Government needs something from the NZ Government.

Finally, there’s the important matter of the Copyright (New Technologies) Amendment Act 2008. Dotcom says that following the judgment, the drafters of the law will “explain the intention of the act and how it protects Internet service providers like Megaupload from any criminal liability for user conduct.” Dotcom believes the law is on his side and there could be implications for local tech companies if it is determined otherwise.

Clearly, much is at stake but even if Dotcom’s extradition is upheld, New Zealand’s Minister of Justice Andrew Little will still have to approve the entrepreneur’s physical removal and transfer into US custody. Should that happen, the ‘Megaupload Four’ face charges of copyright infringement, racketeering, and money laundering plus the possibility of years – even decades – in prison.