Breaking developments in the ongoing criminal case against the “Mega conspiracy.”

While Megaupload’s lawyers are trying to get the case dismissed early, new evidence backs the U.S. Government claims.

The following picture surfaced online, featuring all of the four defendants named above in a rather compromising setting.

In addition, word got out that two of the defendants were spotted near Mexico a few hours ago. 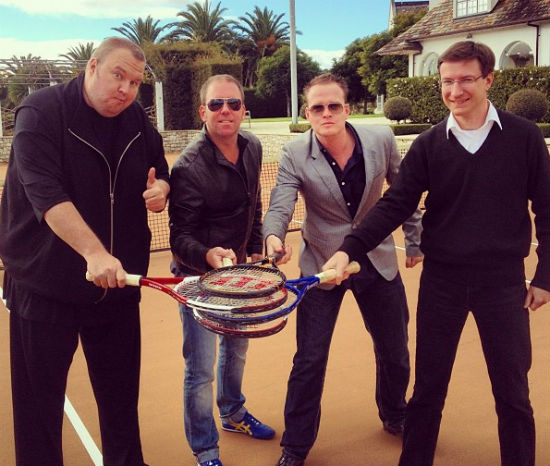