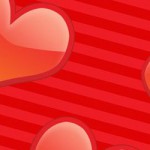 The endlessly entertaining /r/trackers and /r/torrents subs of Reddit are inhabited by a broad range of BitTorrent users, from the just starting out to the seriously experienced. As a result discussions range from the very basic to the fairly complex which makes them great environments for those of all skill levels.

Pretty regularly the topic lands on the differences between public and private torrent sites and the inevitable million dollar question: Which is the best?

As someone who has seen this conversation play out dozens of times before it’s no surprise what happens next. Users of each type of site regularly batten down the hatches and go head to head with their perceived rivals in a battle to be won at all costs.

But the truth is this: public and private sites and their users might sometimes pretend to hate or have disrespect for each other, but the existence of both amounts to a match made in heaven. They squabble and bicker in public, but quietly they crave each other’s attention. In fact, these secret lovers can barely stand to be apart.

Many (not all) private trackers work on the assumption that their users are among the elite. These individuals have perfectly honed systems, underpinned by the finest torrent client setups ever seen. Their sharing manners are impeccable and their access to content unprecedented.

Surprise!! These users didn’t simply appear out of thin air.

The majority of today’s “elite” users will have started out on the public torrent scene where they picked up knowledge and developed their skills over time, possibly several years. Like many they will have heard of the private tracker streets paved with gold and aspired to tread them one day.

Eventually, when luck, judgment and an existing member with invites all collided, Joe Public will have entered the Promised Land. The chances are he will have been impressed by what he found. Many private trackers display exceptional attention to detail, are meticulous in their presentation, and have great communities to boot.

But make no mistake, without his training on the public scene Mr Public would not have lasted long on a private tracker. Thankfully he already knew many if not all of the basics and while private site staff might not like the public scene too much, they are grateful to it for educating their new recruit. Rarely will they admit it, however.

Perhaps one of the most interesting things about the private / public rivalry is how the former absolutely needs the latter to boost its ranks. Many private tracker users/staffers hang out on /r/trackers and /r/torrents and many are happy to answer questions. Need movies faster? Better quality music? Cure for arthritis? Join a private tracker!

However, as many advice recipients discover, that’s often easier said than done. Most private sites have strict limits on the number of members allowed in and the majority require users to be invited. Several demand that prospective members sit an entrance exam or interview to get in. It can be a real hassle.

That said, limited availability of member slots exists for a number of reasons, not least technical limitations and other practicalities of running a relatively small site.

While this is a nuisance for those looking to get in, this is a real plus for private trackers. Not only do they have the luxury of picking and choosing new entrants, they also maintain the exclusivity that makes them so desirable to join in the first place. But just as new members trickle in, other things flood right out.

For many years the so-called warez scene was the source of much of the content available online today. Things are changing in a very big way though and P2P distribution is now the uncrowned king.

Recently a flood of DVD screeners began to hit the Internet yet none of them came from a traditional ‘Scene’ source. In fact (and as far as the masses are concerned) most of them first appeared for the early enjoyment of the lucky individuals inhabiting private trackers. Eventually nearly all of them spread to public sites though. And users of those sites are grateful, even if they don’t mention it.

They should just get along

The ubiquitous nature of public sites has created a wealth of interest in file-sharing that private sites could never have managed on their own. Both have benefited as a result and it’s hard to escape that.

Also, most private torrent site users were doing their thing in public at one stage and when it comes to swelling their ranks, footfall to private sites is provided by the public. ‘Elite’ users don’t just appear out of thin air.

And, when Joe Public finds he can’t or refuses to keep up with the often stringent rules and requirements of private trackers, there needs to be a safety net or he could disappear from the P2P sharing scene entirely. Where does he go? Back to public torrent sites, of course.

Finally, for those who like to measure the quality of public and private sites by comparing YIFY rips with those more exclusively available – two words: