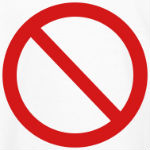 For several years, filmmakers in India have sought to protect their content from unauthorized online distribution. That has mainly taken the form of so-called ‘John Doe’ orders.

Back in May 2015 one such order not only targeted The Pirate Bay, KickassTorrents, Torrentz and TorrentFunk, but also video streaming site Vimeo. As a result, local ISPs were given just 24 hours to stop their subscribers from accessing the sites.

While it seems relatively easy to obtain these kinds of court orders, they have to be obtained each time a film is released to the public. That clearly has cost implications for those obtaining the orders and in recent months there have been calls for a more suitable system to be put in place.

During a meeting yesterday between representatives from the film industry, government, police and ISPs, the discussion centered around the “grave threat” posed by online piracy and what actions can be taken against it.

Highlighting measures taken elsewhere, particularly in Europe, the notion of a national ‘pirate site’ blacklist was put on the table. Information Technology Minister K.T. Rama Rao was also briefed on the actions being taken by City of London Police and was asked to consider similar measures.

A slide shown in India yesterday 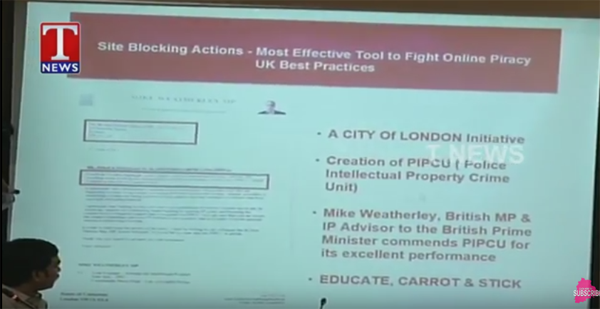 Industry figures told the minister that piracy carried out on a core 240 websites costs them millions of dollars.

“If government could take action against all these websites, then piracy could be controlled,” said producer Suresh Babu.

The appeal appeared to resonate with Minister K.T. Rama Rao who responded with a promise of government action. He also called on the ISPs present to block the offending sites, which according to one report could number 1000.

The ISPs are said to have responded positively with an indication that they wish to play no part in illegal activities. However, they also urged the government to provide clear official instructions detailing their requirements.

In response to the industry calls the Minister promised to react quickly, with the creation of a special police unit and action against the main sites within 30 days.

“Unlike before, piracy has taken new shape. Even educated professionals, engineering students are resorting to the crime of movie piracy which is not good for society. I’m happy that Mr KT Rao is seriously looking into the issue,” said producer Suresh Babu.

It will be interesting to see how the Indian government will push through tough anti-piracy measures in such a short time-frame and how it will do so without punishing sites such as Vimeo who are clearly engaged in legitimate business.