More Music Sold Than Ever Before, Despite Piracy 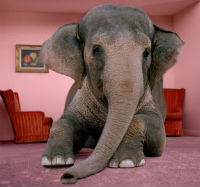 The PR people within the music industry are masters of spin. They can take any type of data and make the public believe that piracy is killing their business. For years they have fought against this imaginary enemy, and every press release issued is filled with complaints about illegal downloading.

We’re not going to argue about the exact impact of piracy in this article, but we do want to balance out the music industry’s propaganda a little bit. By doing so we hope to show that the music industry isn’t doing so badly as they claim. In fact, year after year more music is being sold.

What’s changing is the type of music consumers buy, and this change is driving revenue down. The question, however, is whether piracy has anything to do with this change. We doubt it, and we’re going to show why.

Let’s start off with some key figures published by the BPI last week regarding UK music sales. Unlike some news outlets claimed, these are not revenue figures but actually the number of units sold, counting both digital and physical albums and singles.

In 2010 the BPI reports that there were 281.7 million units sold, which is an all-time record. Never in the history of recorded music have so many pieces of music been sold, but you wont hear the music industry shouting about that. In fact, the music industry is selling more music year after year and today’s figure is up 27% compared to the 221.6 million copies sold in 2006.

But, instead of praising the increasing consumer demand for music, the industry cuts up the numbers and prefers to focus on the evil enemy called piracy. By doing so they spin their message in a way that makes it appear that piracy is cannibalizing music sales. But is it?

In their press release the BPI points out that album sales overall were down by 7%. Although digital album sales were up 30.6%, physical CDs were down by 12.4%. If we believe the music industry, this drop in sales of physical CDs can be solely attributed to piracy. This is an interesting conclusion, because one would expect that piracy would mostly have an effect on digital sales.

We have a different theory.

Could it be that album sales have been declining over recent years because people now have the ability to buy single tracks? If someone likes three tracks from an album he or she no longer has to buy the full album, something that was unimaginable 10 years ago.

This theory would also fit the sales patterns of the last few years, where album sales are down year after year while the number of individual tracks sold is increasing rapidly. In 2010 the UK music industry sold 161.8 million singles (digital and physical) compared to 66.9 million in 2006. Where does piracy fit in here?

Could it possibly be that piracy is only affecting album sales and not single sales? Would that make sense?

Or could it be that the consumption habits of the average music consumer have changed in the last decade? You never hear the music industry talk about the digital music revolution where an entire generation of people have never even owned a CD. To these people the album concept doesn’t mean as much as it does to older generations.

I’d hate to break the news to all the suits in the music business but the CD is dying, and the album is dying with it. Sure, the true music enthusiast will appreciate the art that a well orchestrated album is, but the masses are increasingly spending their money on singles. The album has lost much of it’s appeal and function to the iPod generation.

And that’s the problem.

The digital revolution in music and the consumer shift from albums to singles described above is hurting the industry’s revenue. Despite the fact that more music is being sold, revenue is shrinking because consumers prefer singles over full albums. And if someone buys 6 single tracks instead of a full album, this means usually that less money is coming in.

This change is mostly being felt by the managers and employees at record labels, and not as much by artists. Since album and single sales are just a small fraction of the artists’ yearly income, and with attendances of live performances being up, the artists are doing great.

We’re not here to argue that piracy has no effect on sales at all, positive or negative, but we do want to point out that the music industry might be chasing a ghost while they ignore the big elephant in the room. The music industry isn’t dying, it’s evolving.