The plaintiffs alleged that Nitro TV offered subscription packages consisting of thousands of live and title-curated television channels available twenty-four hours a day, seven days a week, throughout the United States and abroad. The Office, Spider-Man: Homecoming, Toy Story 3, Star Trek Beyond, Homecoming and Joker, were among the many titles owned by the plaintiffs and illegally distributed by Nitro.

Just a handful of years ago, Nitro TV was among the most recognized pirate IPTV brands online, but will be remembered for the huge damages awards it now faces.

In a judgment handed down on November 18, 2022, California District Court Judge Maame Ewusi-Mensah Frimpong found the Nitro defendants jointly and severally liable for $51,600,000 in statutory damages.

“This reflects an award of the statutory maximum of $150,000 per work for the Nitro Defendants’ willful infringement of each of Plaintiffs’ identified 344 representative works,” Judge Frimpong’s judgment reads. (sample below) 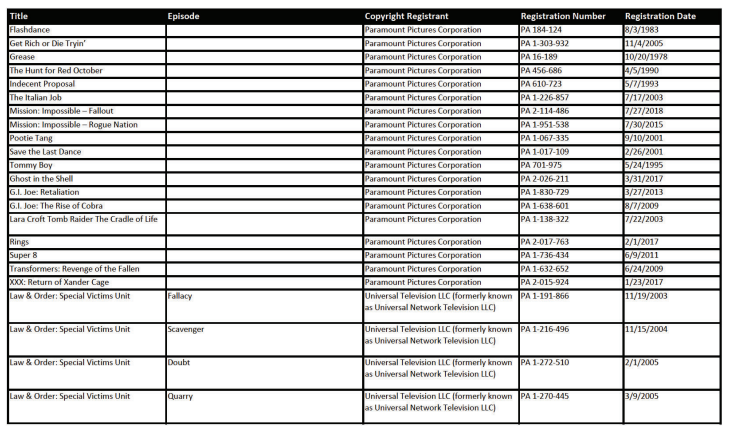 “This damage award also reflects an award of $27,200.84 per work for the Nitro Defendants’ willful infringement of Plaintiffs’ identified 1,872 Works,” the Judge added.

Given that interest is allowed on money judgments in civil cases, the Judge also held the defendants jointly and severally liable for an additional $1,976,280 under 28 U.S.C. § 1961(a).

The movie and TV show companies were further awarded $88,080 in attorneys’ fees and costs relating to their discovery motion plus $93,000 associated with a sanctions motion, both against Alex Galindo, as previously reported.

The plaintiffs obtained a preliminary injunction in 2020 and with this judgment, that was made permanent.

Tucows, Namecheap, Domain.com, and Peter Sunde’s Njalla, must prevent any of the domains from being modified, sold, or deleted, until they are transferred to the plaintiffs.

The plaintiffs’ victory comes as no surprise but the case itself presented many interesting moments.

Alex Galindo was accused of violating the preliminary injunction and withholding and destroying evidence, including 1,500 emails from his Gmail account. He also pleaded the Fifth Amendment, ostensibly due to fears of a follow-up criminal prosecution.

Earlier this year, Galindo called for the case to be dismissed on the basis that the plaintiffs weren’t prosecuting him quickly enough. Meanwhile, Galindo’s attorney asked to be excused from the case after his client went quiet after failing to pay his defense bills.